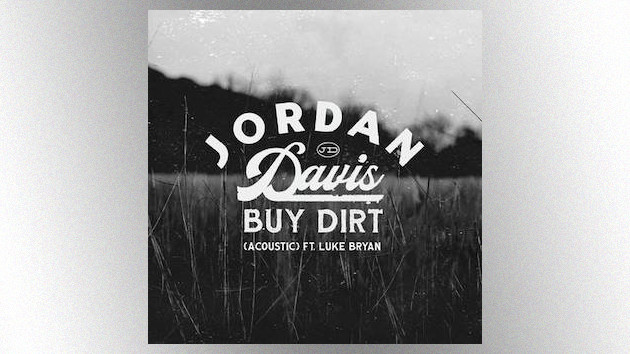 Jordan Davis and Luke Bryan reunite this week for a new version of “Buy Dirt,” a duet that originally came out as the title track of Jordan’s May EP.

This time around, the two stars trade verses on a stripped-down, acoustic version that highlights the song’s message. A new video shows Jordan and Luke performing the song from two bar stools, putting an emphasis on the song’s advice for leading a simple, happy life.

When Jordan first released “Buy Dirt,” he explained that he wanted Luke on the track because the country superstar embodies the message behind the song.

“Luke isn’t just a great entertainer; he’s a great dad, a great husband, and a great friend, too,” Jordan explained. “That’s what ‘Buy Dirt’ embodies. When I wrote ‘Buy Dirt,’ I knew he could relate to the song’s message.”

“Buy Dirt” also lends its name to Jordan’s headlining tour, which kicked off in September. Beginning this month, the singer is also a supporting act on Kane Brown’s Blessed and Free Tour.

“Y’all know exactly where I’m going with this”: Jordan Davis teases release of “What My World Spins Around”