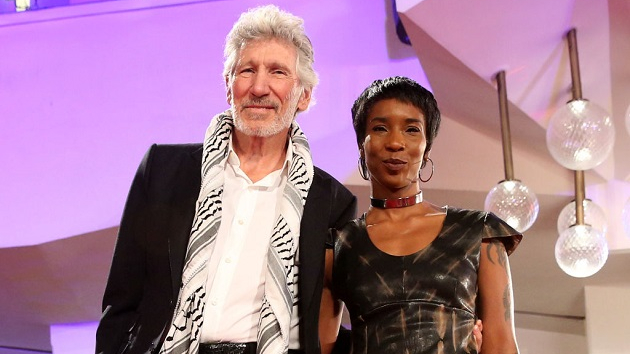 The British rock legend shared the happy announcement on Instagram, along with photos from the ceremony, which was reportedly held in New York’s The Hamptons.  Waters titled the reveal, “I’m so happy, finally a keeper.”

The photos include snaps of the happy couple sharing kisses, cutting their cake, laughing together and, of course, photos of Chavis’ lace wedding dress.

Not much else is known about the couple’s nuptials.

In a 2018 interview, the 78-year-old Waters told Infobae, an Argentine media outlet, how he and his new bride first met and fell in love. “I actually met her at one of my concerts a couple of years ago.  She worked in transportation. She was driving the car that was taking me,” the bassist said. “Something about her attracted me.”

Waters admitted that he made the first move and that he threw Chavis a compliment, which was, “Did someone ever tell you that you have beautiful cheekbones?”

It worked, and he recalled, “I saw a little reaction, and that was the beginning.”