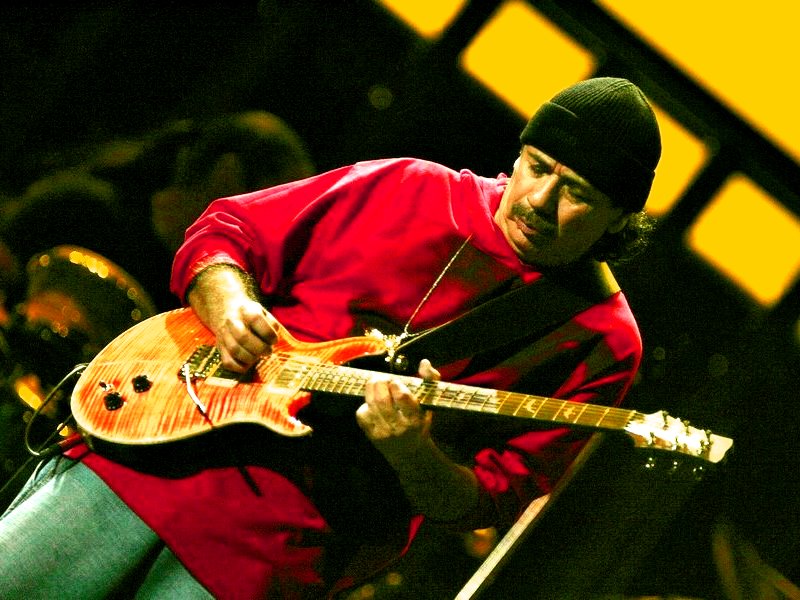 Santana and Rob Thomas have reunited for the album's lead single titled, "Move," which pairs them over two decades after 1999's multiple Grammy-winning smash "Smooth." Since the track dropped last month, fans have been taking note of Santana's incredible teamup with Winwood on their cover of Procol Harum's 1967 era-defining classic, "A Whiter Shade Of Pale."

We asked Carlos Santana if there was any advice he would offer up to aspiring musicians today: ["Don't pay attention to the business. Pay attention to life. People need water. People need air. People need music. And if you're a good musician, if you play piano at Nordstrom's and they fire you because nobody buys anything when you're playing, because they're all looking at you? (laughter) — that's a badge of honor (laughter)."] SOUNDCUE (:20 OC: . . . badge of honor)

Carlos Santana is by far rock's most iconic Mexican-born artist. He told us that by creating music with different musicians is his way of not becoming a part of any one kind of genre. ["It helps me not to allow anyone to define me: 'There's like another Mexican blues player or another Los Lobos guy.' And as much as I like Los Lobos, sometimes people put them into like, y'know, 'they're those nice Mexican guys who play this music.' And I'm like 'whoa, whoa.' I'd rather be a musician that could go to Japan or Africa or Jerusalem or the Apache Reservation and be able to complement whatever they put in front of me."] SOUNDCUE (:24 OC: . . . front of me)

Carlos Santana On Not Being Defined By Race :