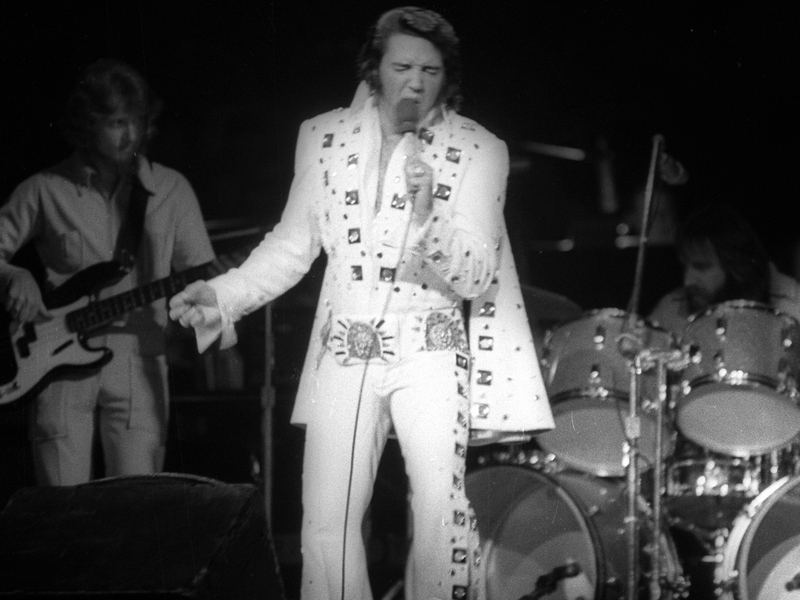 Elvis Presley's legendary late-'60s and '70s TCB Band drummer Ronnie Tutt died on October 16th at age 83. According to Rolling Stone, a cause of death was not released. Tutt will forever be remembered for touring and recording with Elvis Presley between 1969 and 1977 and playing on such classics as "Burning Love," "Bridge Over Troubled Water," "You Don't Have To Say You Love Me," "Separate Ways," "Promised Land," "An American Trilogy," "Way Down," "Moody Blue," "My Way," and so many more.

Ronnie Tutt's unique drum work can also be heard on recordings by such varied rock acts as Billy Joel on his Piano Man and Streetlife Serenade albums; Buckingham Nicks' 1973 self-titled debut; Gram Parsons' two solo albums, GP and Grievous Angel; as a member of the Jerry Garcia Band on the studio sets Compliments, Reflections, Cats Under The Stars, and Run For The Roses; Elvis Costello's King Of America, and Roy Orbison's A Black And White Night.

Apart from his work with "The King" assorted studio work and tours with the reunited TCB Band, Ronnie Tutt was part of Neil Diamond's touring ensemble for the past 40 years.

Diamond issued a statement, which read:

Our dear friend and bandmate, the legendary Ron Tutt has passed away. It’s been my privilege to share the stage with Ronnie for more than 40 years. He was truly one of the all-time greats in Rock and Roll. God bless you, Ronnie. Your wonderful talent will live on as the backbeat to the music of our lives. Give my regards to Elvis, I’m sure he’s glad to get the band back together. We love you, Ronnie. – Neil Diamond

Not too long ago, the late, great Ronnie Tutt explained that for the most part, taking the stage with Elvis was a blast: ["We had a lot of fun. Elvis loved to laugh and make fun of himself and everybody (laughs) else around him. He had his serious side, of course, but we never knew what he was gonna do next, so it made it fun, (laughs) y'know?"] SOUNDCUE (:11 OC: . . . it fun laughs y'know)

Elvis Presley's lead guitarist and bandleader James Burton told us the "The King" relied on and respected his musicians for their support and input on his material — both onstage and in the studio: ["Elvis was like. . . He had the main say of course, (but) he respected our opinion, and he would always ask us (about) what we thought about this, about that. And if there was something that we didn't feel good about or something, then he would scrap it, y'know? Because if it didn't feel good to us, he didn't want to do it, y'know?"] SOUNDCUE (:18 OC: . . . it you know)

Ronnie Tutt On Having Fun With Elvis Presley :