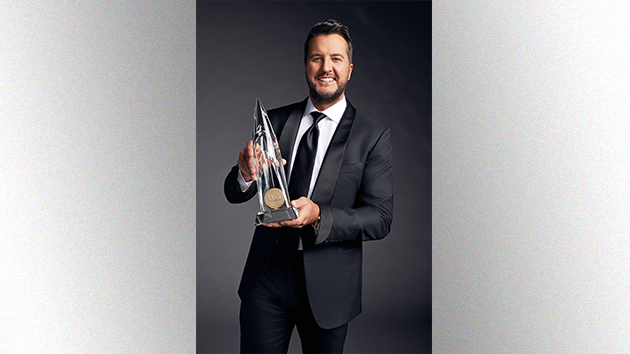 Luke Bryan has been tapped to host the 2021 CMA Awards.

This marks the “What Makes You Country” singer’s debut as CMA Awards host. He was awarded the show’s top prize, Entertainer of the Year, back-to-back in 2014 and 2015.

“The CMA Awards is one of the biggest nights of the year for Country Music. Being asked to host the CMA Awards was definitely something I put a lot of thought into before answering” Luke says in a statement. “The pressure that comes along with that can be overwhelming, but knowing I get to help honor and celebrate so many of my friends, I knew it was something I couldn’t turn down.”

Luke also said he’s “honored” to join the list of former CMA hosts, which include Carrie Underwood, Brad Paisley and Darius Rucker. “I’m looking forward to making it fun and memorable and using this platform to continue to make Country Music shine,” he declared.

Reba McEntire and Darius co-hosted the show in 2020. It was revealed earlier this month that Reba was not returning as host for 2021.

Eric Church and Chris Stapleton are the most nominated acts at the 55th annual ceremony. Performers and presenters will be announced in the coming weeks.

The CMA Awards air live from Nashville’s Bridgestone Arena on November 10 at 8 p.m. ET on ABC.

Luke Combs drops the track list for ‘Growin’ Up’, and it includes a Miranda Lambert duet

When they’re not on tour, Dan + Shay are “floating around the pool with an acoustic guitar” this summer