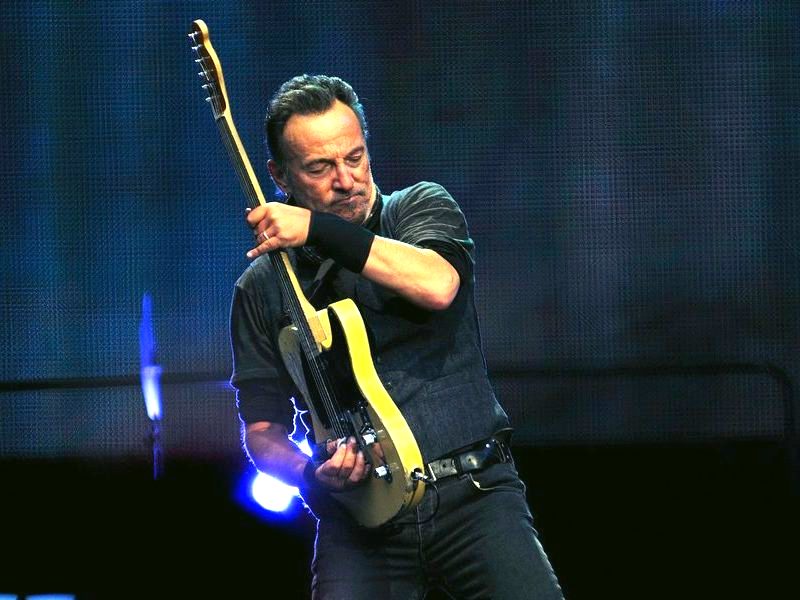 Bruce Springsteen, Paul McCartney, Alicia Keys, and the Jonas Brothers are among the performers set for "special appearances" on Wednesday night (October 20th) at the Robin Hood Concert at Manhattan's Javitz Center.

Backstreets.com posted: "The event celebrates the 20th anniversary of The Concert for New York City on October 20th, 2001, which took place in response to the 9/11 attacks. The Robin Hood Relief Fund has been fighting poverty in New York City for more than 30 years."

IN OTHER SPRINGSTEEN NEWS

Bruce Springsteen promised fans that the E Street Band would be out on the road in 2022. During his October 17th appearance with Steve Van Zandt at Asbury Park, New Jersey's Asbury Lanes Between the Lines event benefiting the TeachRock school curriculum, "The Boss" stated: "We'll be out there in the world again next year, I hope. And I guarantee: if you bring your children and younger brothers and sisters or grandma for that matter, they're going to see the band at its peak."

Bruce Springsteen makes no bones about the importance and luxury of performing live for his fans at any given show: ["The level of responsibility, to be living in the moment at that time when eight o'clock comes around, or whatever. And I got a real strong desire to do it (laughs) because I've gotten so much out of it and it's meant so much to me and it was really my 'life rope,' when I was young, before I was could let other things in my life. Y'know, it kept me afloat."] SOUNDCUE (:22 OC: . . . kept me afloat)