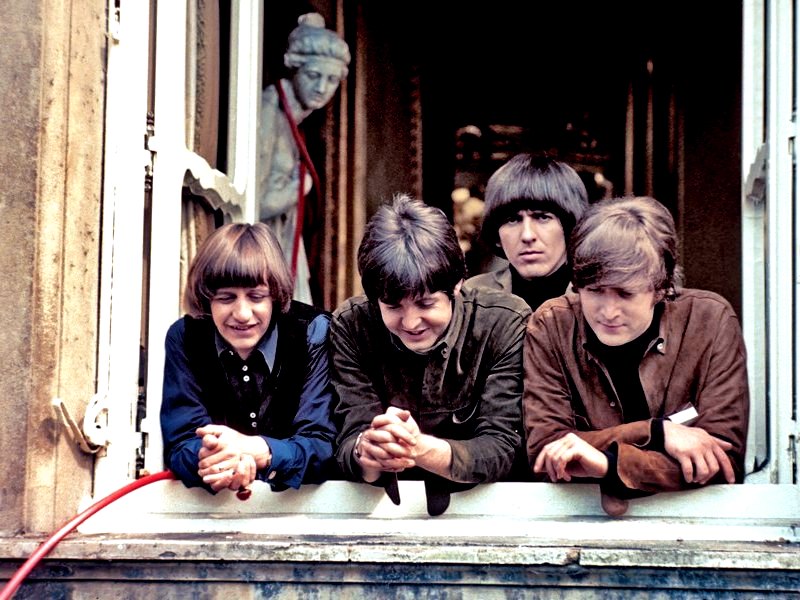 Beatles archive producer Giles Martin confirmed that both Revolver and Rubber Soul reissues are being considered. Martin, who is the son of the group's late-producer George Martin, has been behind the boards for the recent remixes and box sets for the band's Sgt. Pepper's Lonely Hearts Club Band, the "White Album," Abbey Road, and newly released Let It Be collections.

While chatting with Variety, Giles was asked if the "Fab Four's" pre-1967 catalogue will get the detailed and specialized treatment that the later works have — specifically, 1966's Revolver: "I think we have to do it, and I’ve said this before. . . If you take something like 'Taxman' from Revolver (a track often cited for its bizarre stereo separation), 'Taxman' is guitar, bass and drums on one track, and vocals and a sort of shaking and guitar solo (on the right). And it sounds good; they’re amazing recordings, and amazing mixes. Y'know, we have to look into what technology we can do to make things de-mixed and all this kind of stuff, which I’m looking into."

He added, "I’m looking for the technology to do it with, to do something really innovative with Rubber Soul and Revolver, as opposed to just a remastering job, because it’s been remastered already. So I think we will. I think we also will look at outtakes as well."

Giles went on to explain, "There’s such an overwhelming desire to do something with them, by fans. And at the same time, there’s the thing in the back of your mind: There’s no point in just doing this to make money or as a sales thing, or because we’d done the others. It’s more important that we do it for the right reason. So there’s your answer: yes. If, the same as Sgt. Pepper, I can find a reason to do it, then yes. An actual experience reason to do it, as opposed to just because we’ve done it."

Giles Martin, who first worked with his father on creating the mashup soundtrack to 2006's LOVE extravaganza, began "acting as his father's ears" when the famed producer's hearing began to fade in the mid-'80s. Upon being appointed the Beatles' official producer in recent years, he admitted to us that the staff at EMI/Abbey Road Studios couldn't help but have been whispering "nepotism" behind his back: ["There must've been. (Laughs) There must've been an element of that, but I think that, y'know, I didn't plow my way in going, 'It's my daddy, now step out of the way, chaps,' it's. . . it would be the wrong thing to do. I respect, greatly, the people at Abbey Road, y'know, the EMI guys — the same way I respect the people at Apple, because they've done a really good job so far of keeping the Beatles' legacy, if you like, intact."] SOUNDCUE (:23 OC: . . . you like intact)

Beatles author Bruce Spizer says that Revolver has historically been shortchanged: ["When you talk about the greatest Beatle albums, everyone of course has to mention Sgt. Pepper. I don't think Sgt. Pepper's the best Beatles album, I think it's the most important, because it revolutionized the way that people thought about albums. But Revolver was a real breakthrough. And that was the album where the Beatles truly learned how to use the studio instrument itself (with) all the unique sounds they were getting. And as great as an album that Revolver is, think about how much better it would have been had it included 'Paperback Writer' and 'Rain.'"] SOUNDCUE (:29 OC: . . . writer and rain)