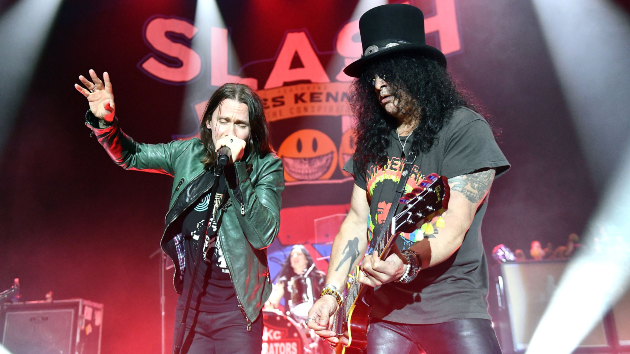 This week is about to get a lot more rocking, courtesy of Slash.

The Guns N’ Roses shredder and his solo band, Myles Kennedy & the Conspirators, are set to drop a new single called “The River Is Rising” this Friday, October 22.

The track is presumably the first preview of the upcoming fourth album from Slash and the Conspirators, the follow-up to 2018’s Living the Dream. Slash previously called the record the “best one that we’ve done so far.”

Meanwhile, you can also hear Slash on a pair of new GN’R tunes — “Absurd” and “Hard Skool” — which were released in the past two months.