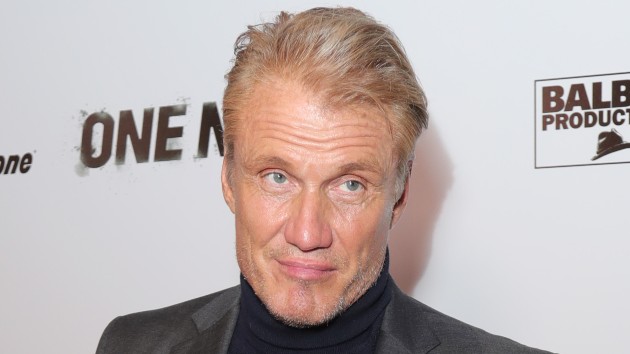 (NOTE LANGUAGE) Dolph Lundgren is no amateur when it comes to firepower on a movie set, as seen in many films, including The Expendables franchise.

As both an actor and director, Dolph was stunned by Alec Baldwin‘s fatal shooting of a cinematographer on the set of the movie Rust, caused when an unchecked gun was apparently loaded with a live round.

“I’ve done a lot of movies. I’m very, very concerned and very…involved in that,” he says of gun safety.

He adds, “If anybody hands me any weapon that can fire rounds, then I will always check it myself and dry fire it,” meaning pulling the trigger to make sure it’s empty.

“In The Expendables, for instance, they use blanks…so it’s real weapons [on set],” Dolph continues. “But they have these ex-British Army guys [advising on set]. They’re serious about this s***. And there’s no way that any gun is handed to any actor without being triple checked.”

Lundgren predicted that “in the future, that’s probably the way it’s going to go,” noting, “I’m sure this incident that happened, which was tragic, will speed that up, and I have no problem with not firing blanks, for sure.”

He says using visual effects now is “such a standard procedure that it can actually look better [than blanks].”

Speaking of his cinematic past, Lundgren explains that he’s yet to see the new Director’s Cut of Rocky IV.

“I’m sure it’s good, and I’m sure Sly [Stallone] has made it more interesting…more modern and…probably more character development, from what I heard,” he says.

Living jingle: Kim Fields tackles the holidays in the Great Outdoors tonight in ‘Adventures in Christmasing’

Break out the baby oil: Channing Tatum says ‘Magic Mike 3’ will soon be taking the stage

“It feels like Christmas!” Watch Andrew Garfield nerd out after getting greeting from ‘Cobra Kai’ cast