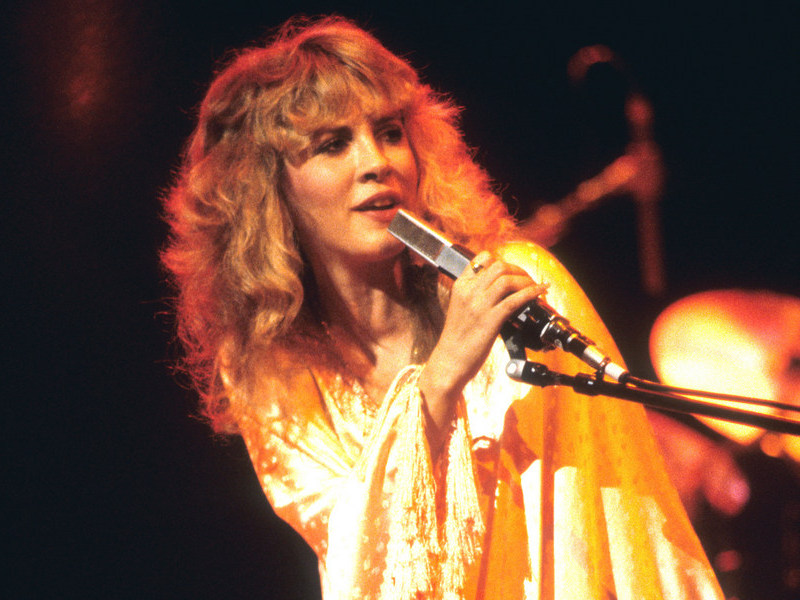 Christine McVie told us that the members of Fleetwood Mac are connected by a bond that transcends time and distance: ["I just think that there’s an inextricable chemistry between the five of us, which will never go away, because that just is what it is, y’know, until we’re 90 it’ll be there. No matter how far we go apart in our different spheres of music, when we get together, it’s just something that, y’know, sparks fly."] SOUNDCUE (:17 OC: . . . y’know sparks fly)

Mick Fleetwood — the sole member of the group to have played in all its configurations — told us that being on the road is second nature to bands like Fleetwood Mac once they get into their groove: ["Once you're a road dog, you're a road dog. Elton John, Eric Clapton, B.B. King, Bruce Springsteen — God knows, they don't need the money, but they're out there touring. Your whole adult life has been doing this, and once you get back into it for any length of time, I think the theory is that you actually really enjoy it and you say, 'Well, there's another stretch of someone wants to book the band.'"] SOUNDCUE (:20 OC: . . . book the band)

Mick Fleetwood Says Performers Get To Love And Need Long Stretches Of Touring :

Elvis Presley ‘Back In Nashville’ Collection Out Today

Elvis Presley ‘Back In Nashville’ Collection Out Today