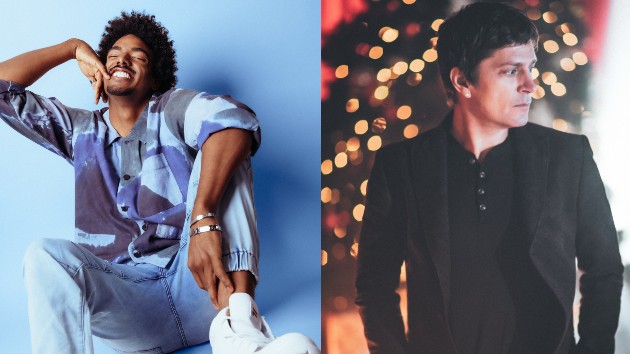 This year’s Macy’s Thanksgiving Day Parade will feature established stars like Andy Grammer, Rob Thomas, Kelly Rowland, Sara Bareilles and Nelly, as well as rising artists like Zoe Wees and Tai Verdes. Tai’s happy for the opportunity to get in front of viewers who don’t know him from TikTok or the radio.

“It’s always really awesome to see the different steps that you can take to be exposed to more people,” he tells ABC Audio. “Especially with something like the Macy’s Day Parade, it’s kind of cool to see something that I’ve seen for like years and be a part of that.”

Tai will sing his hit “A-O-K” while riding on the Jennie-O float, but he laughs, “Honestly, they could put me on any float, and I’d be happy.”  He doesn’t even mind that he’ll miss Thanksgiving dinner with his folks back in California.

“My family would usually just eat dinner together, we don’t have any crazy traditions, so it’s not like I’m missing out a lot,” he says. “But I’m also going back and having, like, a ‘Thanksgiving dinner’ after — on, like, Saturday and Sunday.”

Rob Thomas is also a first-timer when it come to the Macy’s Thanksgiving Day Parade. He’ll be singing a song from his new holiday album, Something About Christmas Time, while riding aboard the Hallmark Channel float, and he and his wife are equally thrilled.

“I’m stoked…my wife, growing up in Queens, [NY], that’s been her entire life,” he tells ABC Audio. “Christmas starts when Santa Claus goes past Macy’s, then, from that moment on for her, it’s the holidays.”

Gabby Barrett Thankful For Her Daughter This Thanksgiving