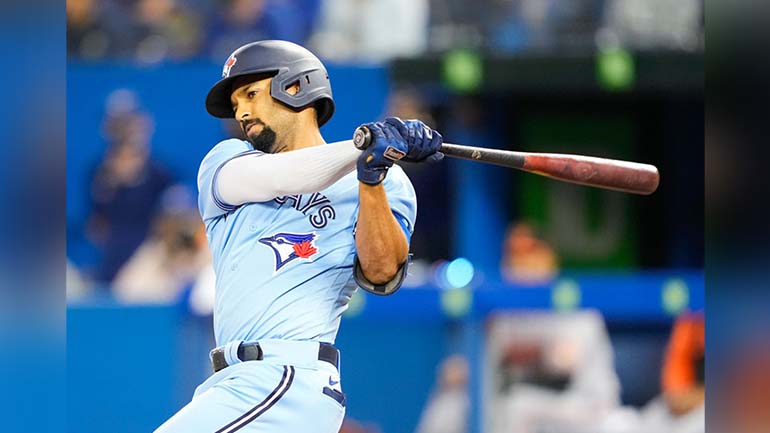 ARLINGTON (CBSDFW.COM/AP) – A person familiar with the deal says the Texas Rangers haver reached an agreement on a seven-year contract with free agent Marcus Semien.

He was a Gold Glove second baseman for Toronto last season after the previous five years as Oakland’s shortstop.

The person spoke to The Associated Press on condition of anonymity Sunday night because the deal was not finalized.

ESPN, which first reported the agreement, said it was worth $175 million.

Semien set career highs with 45 homers and 102 RBIs while playing all 162 games last season for the Toronto Blue Jays.

Luka Roars Back With A Triple-Double, As The Dallas Mavericks Up Chicago