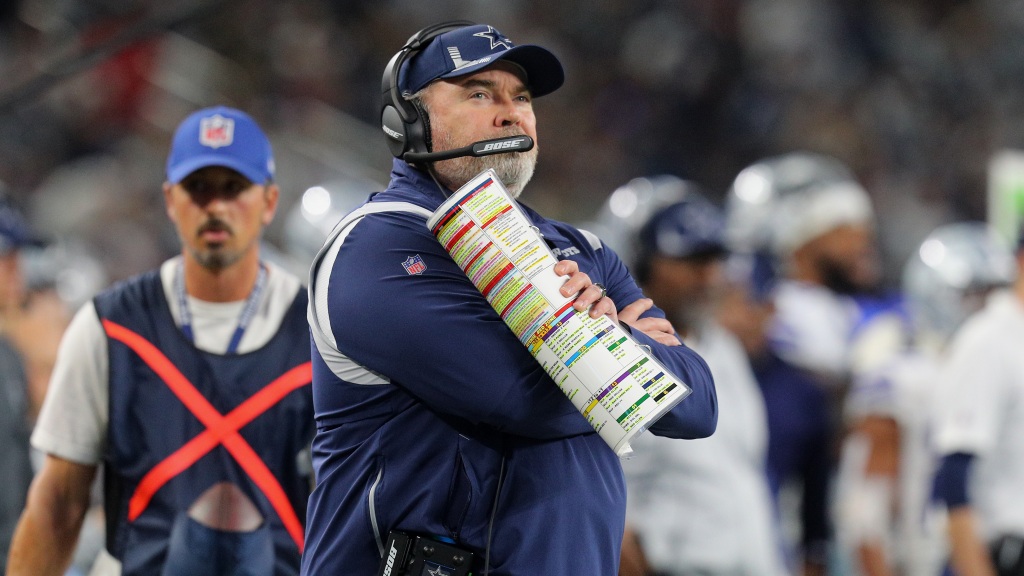 FRISCO, Texas (CBSDFW.COM) – Dallas Cowboys Head Coach Mike McCarthy will not be on the sidelines for Thursday night’s game against the New Orleans Saints, due to testing positive for COVID-19, the team confirmed Monday morning, Nov. 29.

The team announced he will still be in meetings and game preparations on a virtual basis the rest of the week.

The team released the following statement on McCarthy:

Dallas Cowboys head coach Mike McCarthy has been entered into the NFL’s Covid protocols this morning. Although he will not be on the field for the Saints game, McCarthy will continue to direct, and be in involved in, all meetings and game preparations on a virtual basis for the remainder of the week, including Thursday’s meetings in New Orleans.

The team will conduct all of its meetings today virtually and proceed with its regularly scheduled practice session at 12:15 p.m.

The Cowboys announced Sunday, they were going virtual with meetings this week with COVID-19 infections on the rise again within the team.

Three more members of the staff are also out.