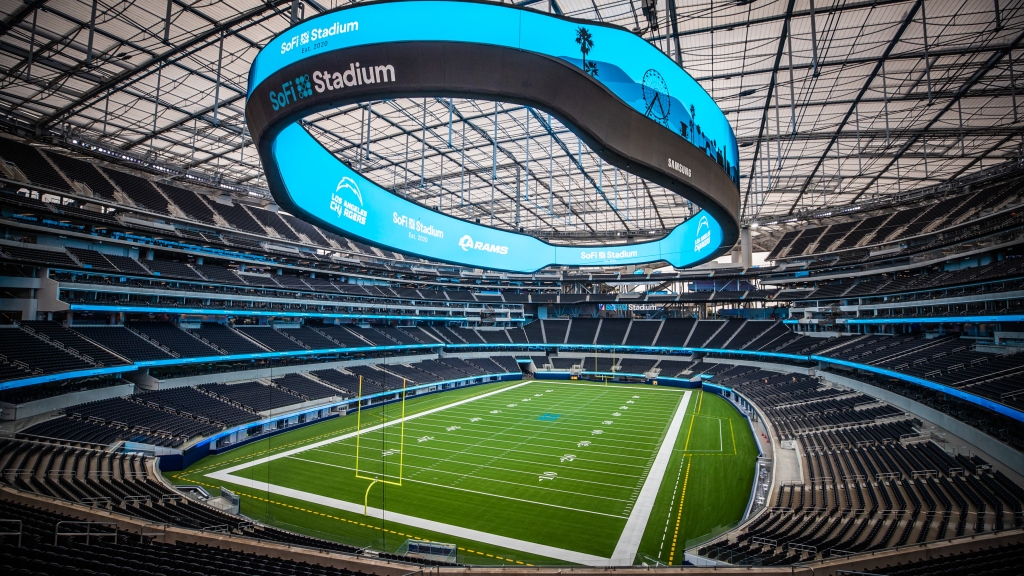 INGLEWOOD, California (CBSDFW.COM/AP) – With the Super Bowl just one month away, preparations are in full swing for the return of the NFL’s premier event to the place where it all started.

The NFL has no plans to move the Super Bowl to Arlington, Texas, or anywhere else despite the recent rise in COVID-19 cases and the accompanying health precautions in California, several officials confirmed Thursday at SoFi Stadium during a media event held to mark one month before the 56th edition of the Super Bowl on Feb. 13.

“All of our plans for Super Bowl week remain fully in place for a month from today,” said Katie Keenan, the NFL’s senior director of event operations. “We’re working along with everyone here, with the LA County Health Department, to make sure all of our events are being held safely.”

The first Super Bowl was held at the Coliseum in downtown Los Angeles in January 1967.

The 56th edition will be held for the first time at Los Angeles Rams owner Stan Kroenke’s 2-year-old stadium, which opened in the summer of 2020 just south of Los Angeles with a unique indoor-outdoor design that includes both a translucent roof and significant air flow from the open ends above the low-slung bowl.

The interior of SoFi Stadium is seen following a ribbon-cutting event on September 08, 2020 in Inglewood, California. (Photo by Rich Fury/Getty Images for Hollywood Park Management Company)

There was some excitement in North Texas earlier this month when the NFL explored the feasibility of using the Dallas Cowboys’ AT&T Stadium as a backup site for the Super Bowl, ostensibly in case coronavirus rules in California were to prevent the league from staging a Super Bowl here.

The NFL then confirmed that it finds backup sites for the Super Bowl every year, and it had no serious concerns about its ability to hold the game in Inglewood.

Several California universities have sharply limited fan attendance at indoor sporting events in January after a series of coronavirus-related postponements.

But those decisions were made by the universities rather than by state mandate, and Southern California’s professional sports teams haven’t followed suit, with the Rams and Chargers welcoming full houses in January.

Kevin Demoff, the Rams’ chief operating officer, noted that SoFi has had extensive coronavirus safety protocols in place for all 17 regular-season games played at the stadium by the Rams and the Chargers.

Those precautions are still in place Monday night for the first playoff game in the stadium’s history when the fourth-seeded Rams (12-5) host the Arizona Cardinals (11-6).

“I don’t think anybody has ever wavered on being able to play this game here and play it safely,” Demoff said. “We’ve had an amazing, safe environment all year. We are fortunate this is an outdoor facility where the air gets in. We feel this building is very safe. People who come to our games have learned to be safe, and we are doing everything we can to be safe.”