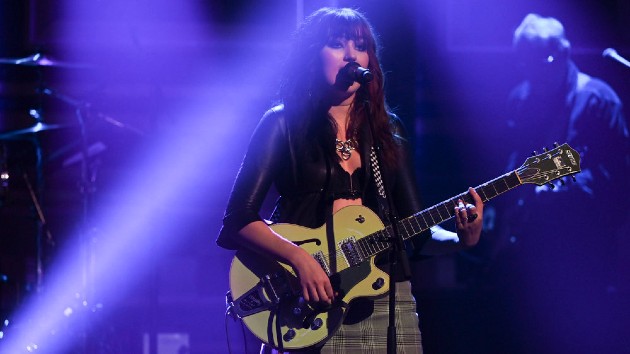 The teen singer has done what seemed to be the impossible: On the U.K.’s Official Singles Chart, she’s knocked Adele‘s “Easy on Me” out of the number-one spot and claimed it for her own. At 17 years and six months old, GAYLE also is one of the youngest acts ever to score a British number one, and the third under-18 artist to do so in the past two years, following “Savage Love” creator Jawsh 685 and Olivia Rodrigo.

GAYLE told OfficialCharts.com, “The thought of my song being Number 1 in the U.K. is so hard to comprehend, but I’m just so excited and grateful. Thank you for being angry [along] with me and hopefully we can feel all the emotions with each other again!”

In a video message thanking everyone for the milestone, an emotional GAYLE shows off the “#1” trophy that the Official Charts Company sent her, calling it “freaking amazing,” and adding, “I’m so freaking grateful, so thank you for absolutely everything, ’cause this is literally everything I’ve ever wanted.”

Halsey teases cover of tATu’s “All The Things She Said”

GAYLE enjoys comparisons to Olivia Rodrigo, but worries critics will “start competing us against each other”

GAYLE says Olivia Rodrigo is “so inspiring…Billie, too!”

Jeannie Mai reveals the name of her baby with husband Jeezy

The Chainsmokers confirm their new album is “finally done now”