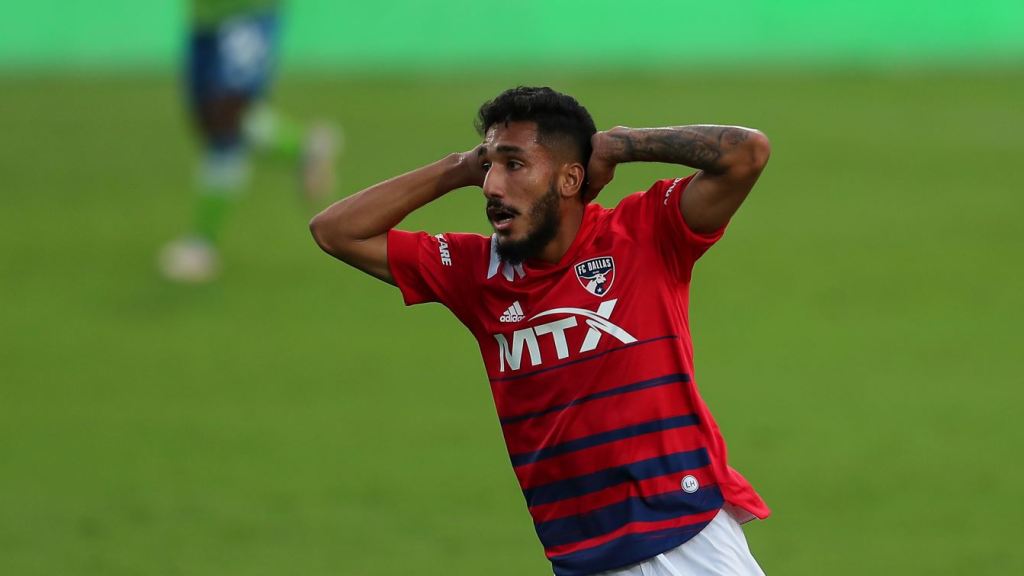 FRISCO (CBSDFW.COM/AP) — Jesús Ferreira has come to Dallas, joining his dad David as the first father-son combination of higher-priced designated players in the history of Major League Soccer, agreeing to a four-year contract.

The deal announced Tuesday for the 21-year-old forward includes a club option for 2026. He will occupy a young designated player spot on the roster, which allows players 21-23 years old to have only $200,000 per season count toward the salary cap.

Jesús Ferreira #9 of FC Dallas reacts after missing a chance to score during the MLS game against Seattle Sounders FC on August 18, 2021 in Frisco, Texas. (credit: Omar Vega/Getty Images)

Ferreira scored eight goals in 27 league matches last season and has 18 goals in 81 regular-season league games since 2017. He joined Dallas’ academy when he was 8 years old and advanced to the senior team as a homegrown player. He scored in his debut at 16 years, 161 days.

Jesús Ferreira has two goals in five appearances with the U.S. national team.

The DP rule was established in 2007, allowing David Beckham to sign a $32.5 million, five-year contract with the LA Galaxy.