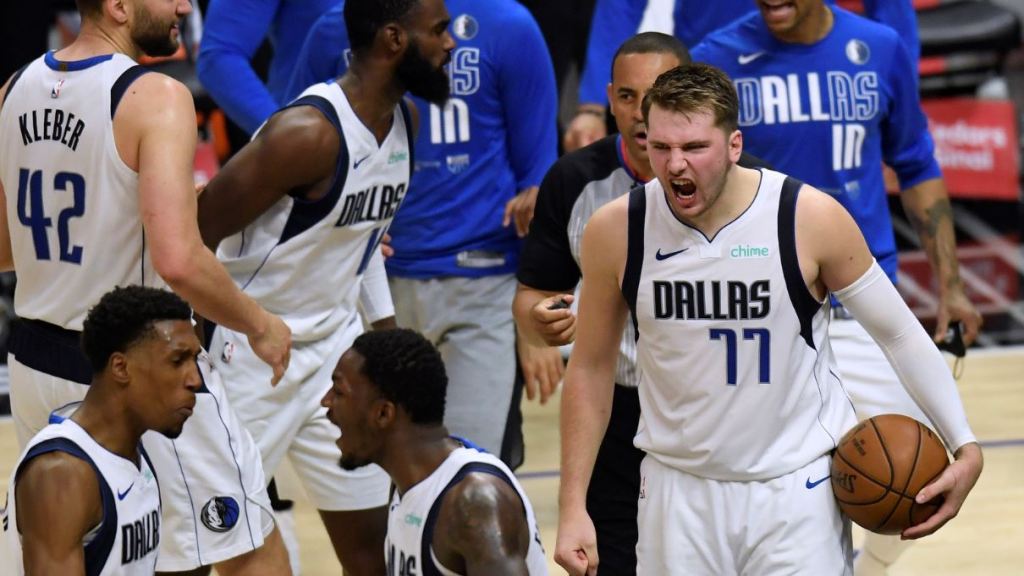 DALLAS (CBSDFW.COM/AP) — Luka Doncic scored a season-high 41 points, including a clutch 3-pointer with 1:01 to play, and tied his season best with 14 rebounds as the surging Dallas Mavericks held off Toronto 102-98 on Wednesday night.

Kristaps Porzingis had 18 points and seven rebounds to help Dallas win its fourth straight and 10th in 11 games. Tim Hardaway Jr. scored 16 off the bench for the Mavericks, who host NBA-best Phoenix on Thursday.

Doncic, who had the 10th 40-point regular-season game of his four-year career, was pleased with how the Mavericks shared the ball but gave most of the credit for the recent streak to his team’s effort at the other end of the floor.

Pascal Siakam scored 20 points, OG Anunoby had 19 and Fred VanVleet added 18 points and 12 assists for the Raptors, who have lost four of five following a six-game winning streak that marked their longest of the season.

VanVleet’s 3-pointer gave Toronto a 96-95 lead with 1:55 to go, but Doncic put Dallas back ahead with a layup 10 seconds later. After the Mavericks regained possession, Doncic hit a 27-footer behind the arc to beat the shot clock and give the Mavericks a 100-96 lead.

The Raptors were shooting for the lead seconds later at 100-98. Chris Boucher’s 26-footer bounced off the rim, Dorian Finney-Smith grabbed a defensive rebound and Porzingis added two clinching free throws with 5.6 seconds left.

VanVleet, leading Toronto in scoring at 21.9 points per game coming in, was 4 for 20 from the floor and 3 for 15 from long distance.

“If I make a couple more shots, we probably sneak out with a win,” he said.

“He did a great job from start to finish,” Mavericks coach Jason Kidd said.