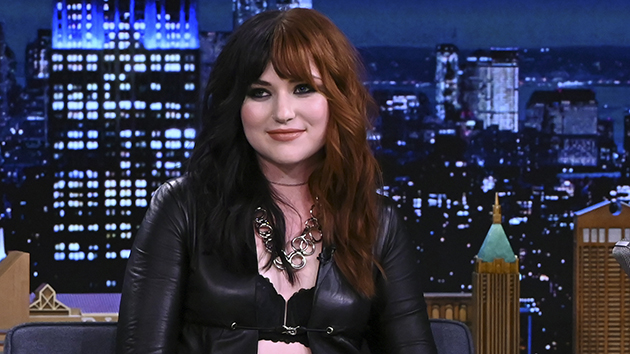 GAYLE is enjoying her meteoric rise to fame thanks to her breakout hit “abcdefu,” and revealed on Thursday that while she’d love to work with fellow teen female singer Olivia Rodrigo, she doesn’t want to be pitted against her.

Speaking to E! News, the 17-year-old revealed, “Olivia Rodrigo DMed me. That was insane. She was just congratulating me on the success of the song. She told me that I was killing it and that was very just nice to hear from her, especially because she’s just such an amazing artist and talented human being.”

GAYLE mused over how similar her success story is to Olivia’s: Both became famous after releasing their brutally honest breakup anthems online at age 17.  But though she’s “happy” to be compared to Olivia, she also worries that people might “start competing us against each other.”

“I truly believe that we both can be great in our own ways, and she’s already great. And I’m just trying to do my thing and not suck, you know?,” she added.

That doesn’t mean GAYLE isn’t open to jumping into the studio with Olivia, even though she knows it’ll be some time before that happens.