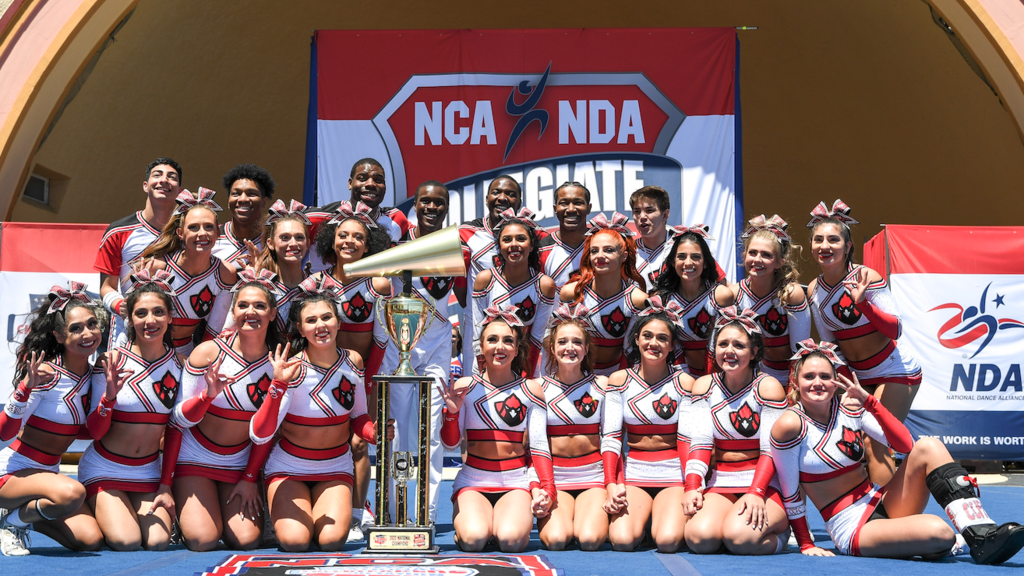 NORTH TEXAS (CBSDFW.COM) – The cheer squad at Trinity Valley Community College, in Athens, Texas — about 80 miles southeast of Dallas — had a shot at a national title.

In their first year in the small co-ed division, it required a singular focus. Kelly Hahn, a TVCC freshman, says,”it’s a great accomplishment [that] we’ve been working toward this entire year.  There’s nothing else.”

That means to settle for anything less than first place, would not have been good enough.

In Daytona Beach, the Cardinals performed as though their only competition was themselves. Khris Franklin, the team co-head coach explained, “What you want the most is to see the athletes that you’ve coached being the last ones to get their named called.”

That’s just what happened. Trinity Valley Community College secured the 13th national title in the overall history of the program. It’s something the average person, unless you’ve watched one of the streaming shows on the sport, would never know.

Coach Franklin was posed with the questions, “What if I were to call you the best kept secret? Do you like that? Do you hate that? What do you feel about that label?”  He responded, “It’s super unique, and unless you’re in it and can be around to see it, the major programs in East Texas….you’ve got no scope.  Being part of the best kept secret, sounds good to me.”

It’s extreme to see a well deserved celebration, after another year in which Trinity Valley Community College made a big splash.  Also, to know it ended in Daytona. Now, it’s back to business.

“I wanna be the best of the best. You have to continue to uphold that title and use it as motivation,” Hahn said. “That feeling of excitement lasts for about 10 minutes, and then it’s ‘what are we going to do next year to be better?"”

The Cardinals are living in the moment. They’re also aware that they’ve just created a lifelong memory.

“I’ve never won anything before I came to Texas,” Hahn said. “This is definitely going to be a capsule in time for me.”

Coach Franklin looks at the bigger picture. “if we did our job well, 10-20 years from now, these people will still be in contact with each other,” he said. “They’ll have fond memories of the year they spent together, not just the two minutes of performance.”