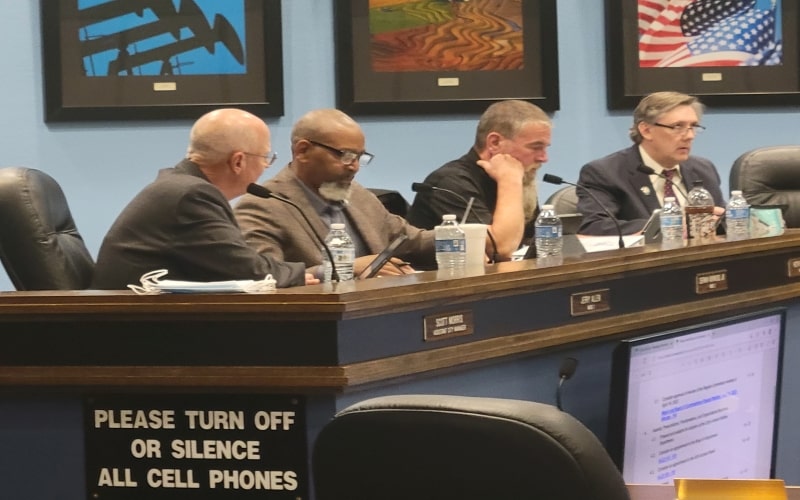 Last night Enid held its Mayor and Board of Commissioners meeting, during the meeting the sale of the downtown Great Plains bank building was sold to James S. Bryant for $275,000. The building has been a source of controversy since the building was 1st purchased. Per Enid News and Eagle, the building was originally purchased by the city of Enid for $250,000 in 2020.

The issue came to a head when a vote was to be held at the April 5th Mayor and Board of Commissioners meeting on whether or not to award Alva Roofing Company with a contract to repair the roof for $255,850.00. Ward 4 Commissioner Whitney Roberts and Ward 5 Commissioner Rob Stallings tabled the proposal to a future meeting.

While Roberts stated that her intention was to sell the building.