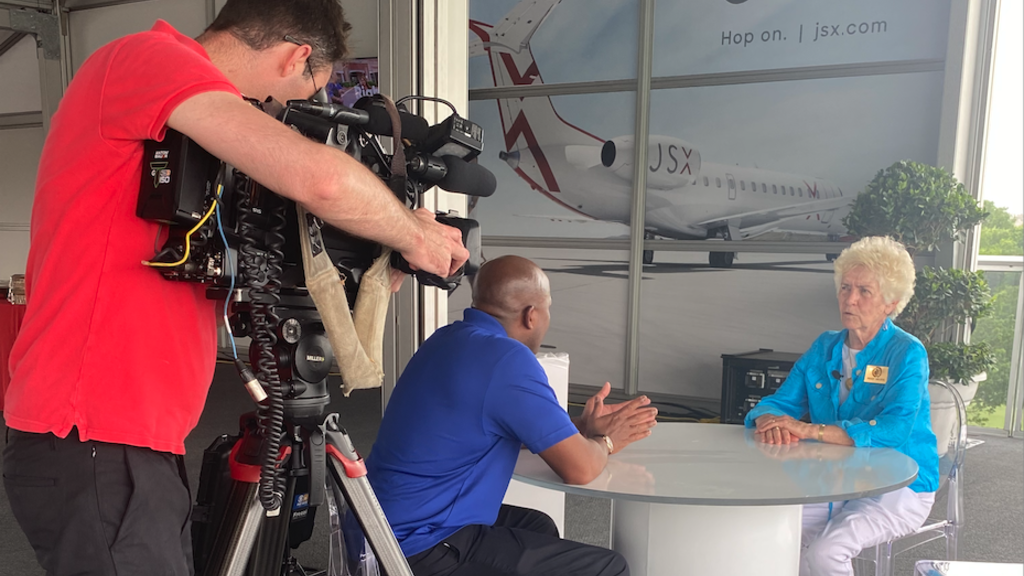 McKINNEY (CBSDFW.COM) – Byron Nelson will never be forgotten as evidence by this being the 54th golf tournament held in his name. Even though it’s been almost 16 years since he passed, his iconic image will never fade.

No one knew the man better than his widow Peggy. “The fact that Byron’s name is so closely associated with the tournament and the cause is what makes it so special for me and for so many people,” she said. “Arnold Palmer and Jack Nicklaus are so closely associated with their tournaments and the good that it does in their communities as well. Byron kind of started that.”

And wherever you saw Byron, you saw Peggy. It was just that simple. “Byron was so much a part of the tournament himself,” Peggy recalled. “I said ‘I need to do something too.’ So, I got to do all kinds of things and my favorite thing was packing the volunteer lunches because it was so much fun.”

It was fun to see the man known as Lord Byron, the man Peggy knew as her best friend, pave the way for some of the greatest golfers to follow in his footsteps. Golfers who greatly admired her husband, even though Nelson was never one to seek praise.

Peggy says, “He appreciated that people used his life to inspire their lives and careers and that made him happy.”

Through Peggy, Byron’s influence continues to be felt to this day. She’s always a part of the opening and closing ceremonies for the tournament and is someone the current stars of the game treat with reverence and respect. In her words she says that she loves, “… seeing the guys on the first tee and it’s always great seeing the winners on 18.”

It seems as though the tournament is just as exciting for Peggy as it is the players. “It’s always fun to be part of it and when I can contribute and honor Byron at the same time… it’s great pleasure for me,” she said.

The next phrase of her life can be described simply. She says she’s, “Happy loving the Lord and loving Joe and just enjoying life together. We do jigsaw puzzles a lot. We love jigsaw puzzles. {And] country music… gotta have it,” she said laughing.

According to Peggy it was fate that brought her and Joe together and she’s gotta believe Byron Nelson is up there smiling and is happy that she’s happy.

As far as her major life event Peggy said, “it just happened. The Lord intervened. Although, I kind of think Byron might have had something to do with this. Like, ‘she still needs some help’.”