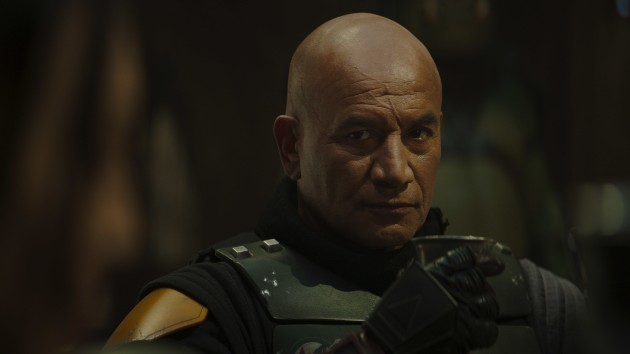 The Book of Boba Fett had the momentum of the title character’s bruising return to the Star Wars universe with The Mandalorian’s second season episode “The Tragedy” — as well as decades of fan love — but some fans were vocal about the character’s turn in his own Disney+ series.

While the show was billed as the once-feared bounty hunter’s ascension as an intergalactic crime lord, the series, for one thing, didn’t show him doing any crime. In fact, Temuera Morrison‘s faceless, ruthless Mandalorian was routinely portrayed with his helmet off and, arguably, pretty even-keeled.

But while some fans griped their Boba would have left blaster holes in a whole lot of the characters he encountered in the course of the show — particularly those smart-mouthed scooter dandies he later employed — executive producers Jon Favreau and Dave Filoni tell Vanity Fair the turn was a natural progression for the “older … wiser” character.

“You think about Don Corleone,” Favreau tells the magazine of Marlon Brando‘s iconic Godfather character. “There’s a tremendous amount of restraint because he knows that to be sustainable, there has to be [peace]. You don’t do well unless there’s some political balance …”

He adds, “You think about what things are off limits. Don Corleone wasn’t just doing everything to line his pockets as he got later into his career. You look at … the flashbacks in The Godfather: Part II, as he’s walking down the streets. He’s seen as somebody … the people respect because of the way he conducts himself.”