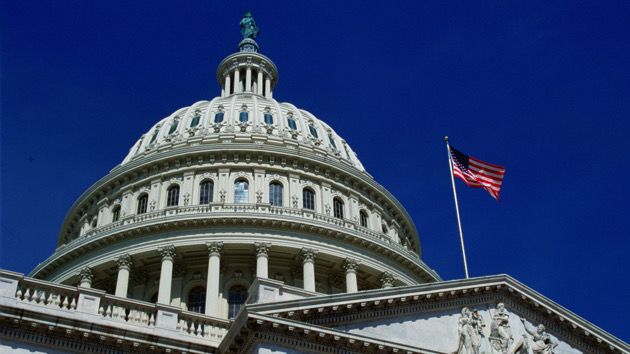 (NEW YORK) — Democrats began the year hopeful that congressional redistricting in New York would favor the party – and insulate their slim House majority from a tumultuous midterm election cycle.

But a new map expected to be approved Friday has left the state’s Democrats scrambling, reshaping the political landscape in the diverse districts in the New York City area, prompting accusations of racism and disenfranchisement and straining relationships in the influential delegation.

Two powerful committee leaders are set to face off in a new Manhattan seat. The chairman of the party’s campaign committee tasked with defending the majority said he would run in a neighboring district, angering members across the ideological spectrum and prompting accusations of racism.

And a potential successor to House Speaker Nancy Pelosi, D-Calif., was drawn out of his Brooklyn district in the new map, which also splintered several historically Black neighborhoods.

In April, the New York Court of Appeals voided proposed state Senate and congressional maps, charging that Democrats in Albany improperly gerrymandered their proposals after an independent commission failed to strike a deal on new maps.

That led to the appointment of a special master by a court in upstate New York, who unveiled the revised maps earlier this week that threw the delegation into disarray.

House Judiciary Committee Chairman Jerry Nadler, D-N.Y., who lives on Manhattan’s liberal Upper West Side, will compete in a new district against House Oversight Committee Chairwoman Carolyn Maloney, D-N.Y., who has represented the borough’s East Side.

For decades, the two lawmakers have worked together on major issues facing the city – including health benefits for Sep. 11 first responders.

“What he did was atrocious,” Nadler said of the new map proposed by Jonathan Cervas, the court-appointed official. “We’ll see what happens.”

“A majority of the communities in the newly redrawn NY-12 are ones I have represented for years and to which I have deep ties,” Maloney said in a statement.

Jeffries, the No. 4 member of House Democratic leadership, was thrown into a new district with Rep. Yvette Clarke, D-N.Y., another veteran member of the Congressional Black Caucus.

On Wednesday he released a digital ad bashing the proposal that invoked Rep. Shirley Chisholm, who represented the Bedford-Stuyvesant neighborhood in Congress for nearly a dozen years.

The new map would force four of the state’s seven Black House members into two districts, House Democrats’ campaign committee pointed out in a letter submitted to the court and a group of impacted New York voters.

“Black members of New York’s congressional delegation have built diverse coalitions of support; they represent communities of Black, Brown, and White voters. The Proposed Map threatens to undo this significant progress,” they wrote.

Rep. Sean Patrick Maloney, D-N.Y., who leads the Democratic Congressional Campaign Committee and represents the state’s 18th congressional district, told reporters in Philadelphia in March that the party “came out of redistricting with a better map than the one through which we currently hold the majority.”

After the latest map was released, he announced plans to run in the 17th district, which includes his home in Putnam County but is mostly comprised of communities represented by freshman Rep. Mondaire Jones, D-N.Y.

“I’m the only sitting member who lives in the district, which is now numbered NY-17, which remains a competitive district that we will have to win in the fall,” Maloney said, defending his decision. “From my point of view, I’m just running where I landed.”

New York state law only requires members of Congress to live in the state, not their home districts.

Jones, who has not announced his reelection plans, told Politico Maloney had not consulted him on his decision, and his chief of staff tweeted a similar message after Maloney’s announcement.

Maloney’s supporters have argued that incumbent-on-incumbent primaries are inevitable every 10 years when redistricting takes place — and that Jones, who is Black, would be better suited to represent New York’s 16th district, which includes southern Westchester County and is currently represented by progressive Rep. Jamaal Bowman.

Maloney has also argued that he would better align ideologically with the more competitive 17th district as a moderate who has won races in a GOP-leaning district in the past won by former President Donald Trump.

Ocasio-Cortez on Thursday told reporters that Maloney’s decision not to run in the 18th district was “particularly shameful” and “hypocritical,” and could leave an opening for Republicans to flip a seat.

Maloney “cannot seem to take his redistricting on the chin, and be able to run in a district that is still 70% his,” she said Thursday, adding that he should step down from leading the DCCC if he runs against Jones.

“If he is going to enter the primary and challenge another Democratic member, then he should step aside from his responsibilities,” she said.

For her part, House Speaker Nancy Pelosi, D-Calif., has defended Maloney, a member of her leadership team.

“He is our chair of the caucus. He has delivered financially. Why would I not support him on a hiccup?” Congressional Black Caucus Chair Joyce Beatty, D-Ohio, said. “Could he have handled it differently in an announcement? He would say absolutely to that.”

Jeffries on Thursday tried downplaying the tensions that have roiled the delegation this week.

“We’ve managed to avoid member on member primaries for decades. And it’s my hope that we’ll be able to find a way to avoid another member-on-member primary in 2022,” he said.

A state judge is expected to approve the new map drawn by Cervas on Friday after New Yorkers were invited to submit comments. But Democrats have not ruled out potential future legal challenges ahead of the primaries scheduled for August.

New York was set to lose one of its 27 House seats after the 2020 Census, Democrats, who currently hold 19 of the state’s districts, hoped to push through a map that could net the party as many as 3 or 4 new seats.

While the most recent version still favors the party, Democrats could potentially lose several seats if Republican voters turn out in overwhelming numbers in November.