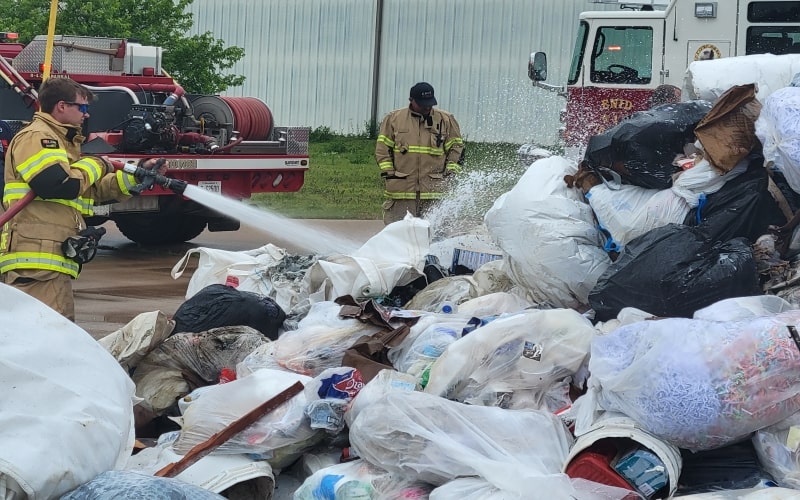 On Tuesday, May 24 at 11:00 am at 5501 Sooner Trend RD a dump truck was forced to pull over and dump its trash pile into an empty parking lot after it caught fire. The Enid Fire Department was quickly on the scene and proceeded to put out the fire before it could spread. The dump truck was undamaged due to its driver unloading the trash.

Enid Fire in their fire report said that they believed that the fire was caused by residual sodium bicarbonate also known as baking soda that reacted to the moisture from the rain.