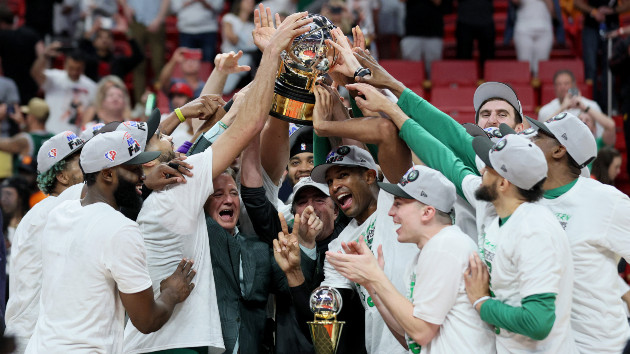 (NEW YORK) — The stage is set for the NBA Finals.

After holding off the Miami Heat in Game 7 of the Eastern Conference Finals Sunday night, the Boston Celtics advanced to the championship series.

The Celtics will now face off against the Golden State Warriors for the championship. The Warriors advanced to the finals after defeating the Dallas Mavericks in five games.