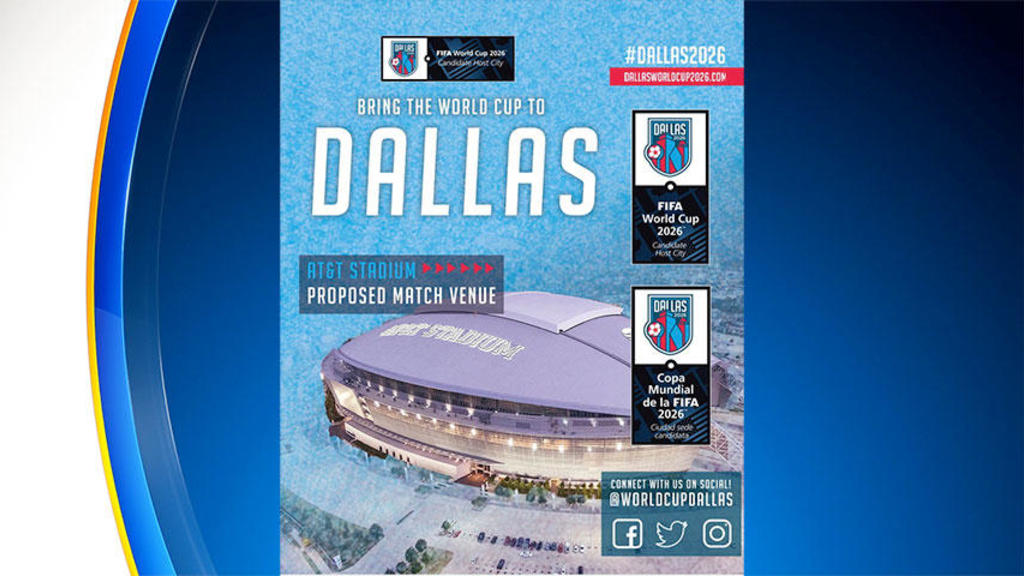 FRISCO, Texas (CBSDFW.COM) – The largest single sporting event in the world could be hosted here in North Texas, the 2026 FIFA World Cup.

If the Dallas-Fort Worth area has an opportunity to be named a host city, it’s an exciting time as we wait to see if the DFW area will host the World Cup because it would bring millions of dollars to the DFW area and new jobs.

“Oh my gosh, yes, it is a very exciting time, something that’s been a long time coming,” Executive Director of Dallas Sports Commission, Monica Paul said.

Paul said this could bring a lot of extra money to the economy.

“Preliminary, very basic numbers were estimating over $400 million in economic impact, but that multiples based off the type of matches, number of matches that we may be hosting,” Paul said.

“Texas is known for its hospitality, so we know when our guest are going to get here and all of these fans, they’re going to be well taken care of. There’s just so many reasons that I could continue to go on,” Paul said.

If chosen, several venues in the Metroplex will host different FIFA events.

Thursday at 4 p.m. there will be a live broadcast where the host cities will be named.

“When we’re named, I’m going to throw that out into the universe and be thinking positive here,” Paul said. “That’s when the work begins because it’s going to take the entire region to make this a success and reap the benefits, many benefits that I think hosting a World Cup will bring.”

A watch party will be hosted during the announcement in Dallas at the AT&T Discovery District. The event starts at 3 p.m.

After the cities are announced, they will meet with FIFA, then more details will be shared.