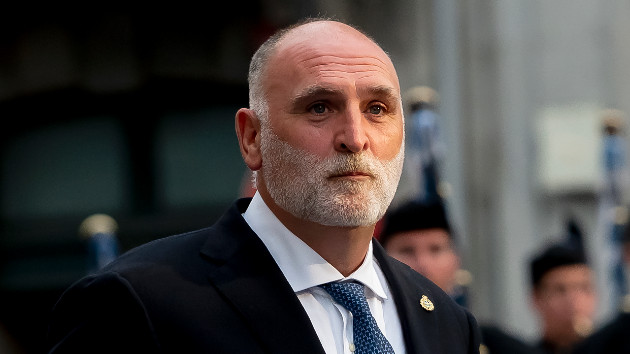 (WASHINGTON) — Celebrity chef José Andrés on Monday announced plans to open a restaurant in the Old Post Office, the Washington landmark which recently reopened as the Waldorf Astoria Washington D.C. after operating for five years as the Trump International Hotel.

“People of DC big news! Today after a dream of 30 years I’m announcing we will open @bazaarbyjose in the Old Post Office!” Andrés tweeted. “Building longer tables in the heart of our nation’s capital, welcoming people from across the city & the world.”

The new restaurant follows Donald Trump’s company agreeing to sell its hotel lease in May.

It’s not the first time Andrés has planned to have a location in the complex — or the first time his career overlapped with Trump. According to The Washington Post, Andrés was in progress on the $7 million Topo Atrio, at Trump International, when Trump launched his 2016 presidential candidacy.

The chef split with Trump after the latter, then a businessman and reality TV show host, announced his campaign at an event in New York where he notoriously disparaged some immigrants.

Andrés subsequently sought to exit their partnership and a legal battle ensued. (It was settled in 2017.)

The chef went on to repeatedly, publicly criticize Trump-the-politician, tweeting in 2017 that Trump’s continued behavior only reaffirmed his decision to pull out of the hotel partnership.

The forthcoming eatery, The Bazaar by José Andrés, has locations in Chicago, Miami’s South Beach and in Las Vegas. It offers a “vibrant mix of sophisticated cuisine” and “playful lounge spaces,” according to the restaurant’s Twitter.

A hotel spokesperson told ABC News they “look forward to sharing more details about new partnerships in the coming months” but that “with a long history of innovation across the culinary industry, Waldorf Astoria creates iconic, award-winning dining experiences at its landmark locations worldwide. We are continuing that tradition with exciting food and beverage concepts at our newest hotel.”

In a video Andrés — whose humanitarian organization World Central Kitchen is also working to provide meals to Ukrainians during the Russian invasion — tweeted with his announcement on Monday, he took in the historic bells of the Old Post Office ringing in the background.

“For whom the bells toll?” he asked. “Well, for a new restaurant by José Andrés at the Old Post Office.”