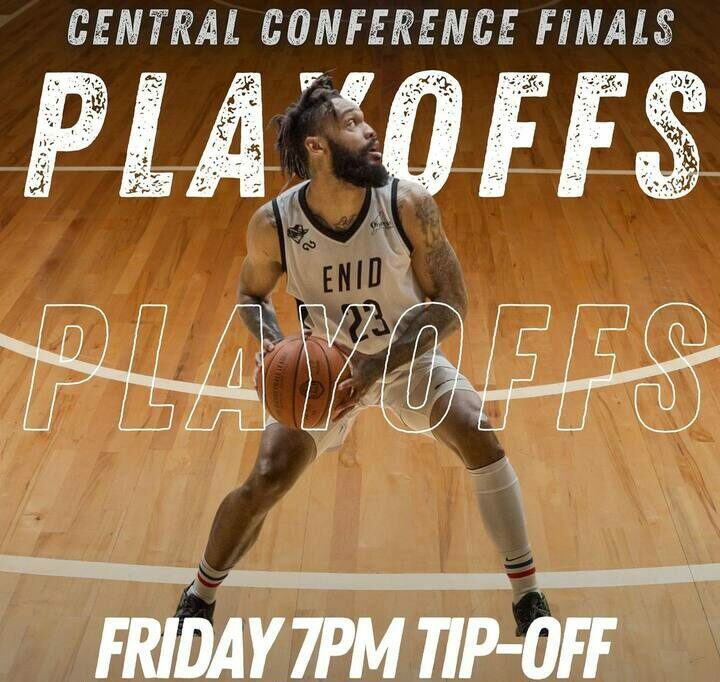 The Enid Outlaws will need two wins in 24 hours to advance to the Final Four in the TBL playoffs.

Enid dropped Wednesday night’s game to the Shreveport Mavericks, 130-117 in a physical clash in Louisiana. Enid is a deep built on speed, not size, and it showed at the Gold Dome in Game 1. Shreveport’s big man Paul Parks dominated the paint, dropping 35 points.

The page turns to this weekend in Enid where Enid finds themselves in familiar territory. Although this Enid team is only returning one member from last year’s team, Quantel Denson, the 2021 Outlaws found themselves needing back-to-back wins after losing the first game to the Houston Push in last year’s Central Conference Finals. Of course, Enid not only went on to win that series, but they didn’t lose another game that season, sweeping the rest of their way to a TBL National Championship.

Enid’s Point Guard, Chuck Guy, has been a force in the second half of this season. Guy is in the running for the TBL MVP, and he was just named to First Team All-TBL. He’s led Enid in assists-per-game (9.3) and free throw percentage (84.5%). Guy is also second on the team in points-per-game (20.7) and rebounds-per-game (6.0).

Ricardo Artis, named to the All-TBL Central Second Team, is a double-double machine in his own right. Artis leads Enid in PPG and RPG, averaging 21.5 and 10 respectively.

To control the size in the paint of Shreveport, Enid will have to rely on the group defensive efforts of KD Moore, Quantel Denson, Tony Lewis, Vengie Wallis, and Ricardo Artis.

Enid fans are urged to wear white tonight, with the Outlaws season on the line.

Game 2 of the TBL Central Finals between Enid and Shreveport is tonight at 7 PM.

If Enid wins, we go to a winner-take-all Game 3 tomorrow, Saturday, at 6 PM. Both games will be played at the Stride Bank Center in Enid.

Games can be streamed on TBLTV.TV