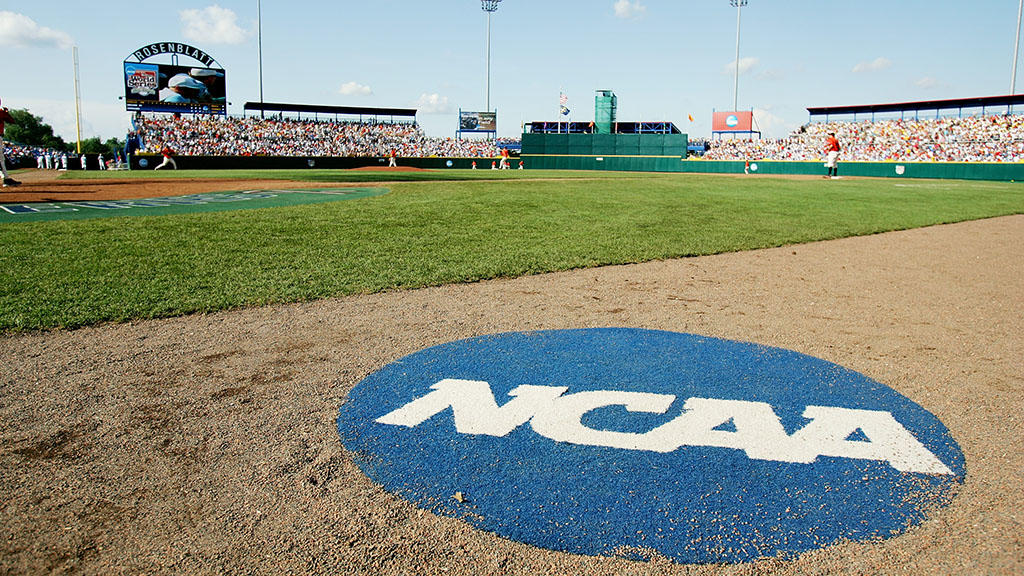 The Irish (41-15) carried over their momentum from eliminating No. 1 national seed Tennessee in the super regionals with a strong all-around performance against the program making its record 38th appearance in Omaha.

Notre Dame will play Oklahoma on Sunday. The Longhorns (47-21) will face rival Texas A&M in an elimination game.

Bertrand (10-3), roughed up in his start against Tennessee last week, limited the Longhorns to three runs on six hits in 5 1/3 innings. Alex Rao and Jack Findlay gave up no hits in 3 1/3 innings, with Findlay earning his fourth save.

The Irish scored six runs on nine hits against Texas starter Pete Hansen (11-3). They picked up single runs on Jared Miller’s home run in the first inning, an RBI groundout in the third and a safety squeeze in the fourth, and they scored three more in the fifth on Tristan Stevens’ balk and a couple singles.

Carter Putz’s homer in the ninth gave the Irish a four-run lead.

The Longhorns arrived in Omaha with a program-record 128 homers, most among the CWS teams and fourth nationally, and had hit three or more in each of its previous four games.

They mustered only six singles against the Irish and were the only team in the first two CWS games to not hit a homer.

Douglas Hodo II had an RBI single, and the Longhorns scored on a squeeze play and wild pitch.

The Longhorns’ Dylan Campbell came home on Eric Kennedy’s bunt in the third. Bertrand picked it up and threw to second for the force rather than try to get Campbell at the plate.

In the fourth, Hansen flipped to catcher Silas Ardoin after fielding Spencer Myer’s bunt, but the Irish’s Jack Brannigan was able to touch the plate with his hand just ahead of Ardoin’s sweep tag. Brannigan was called out initially but ruled safe after a video review.