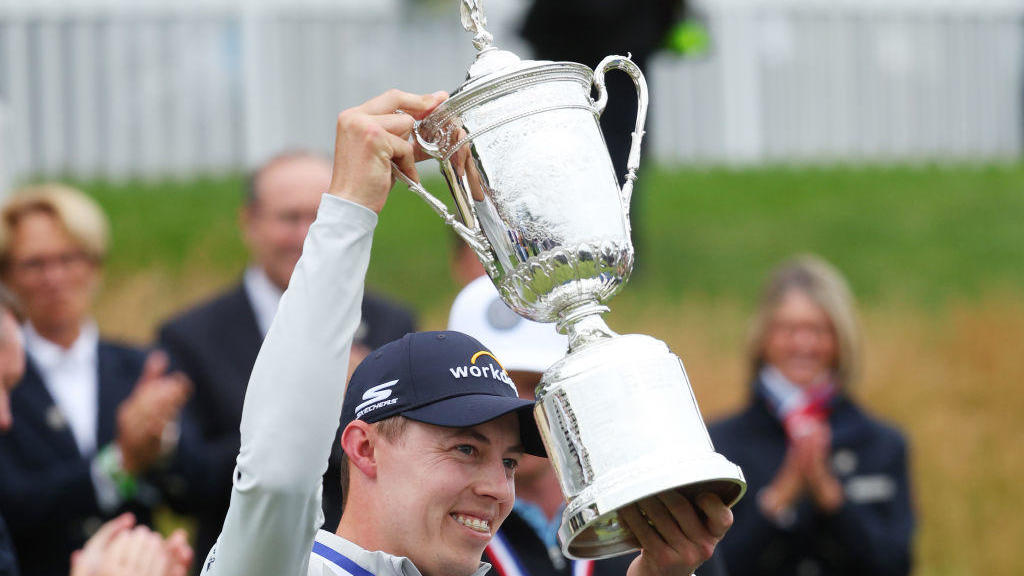 Matt Fitzpatrick of England is a champion again at The Country Club, this time with the grandest of trophies.

In a three-way battle at Brookline that came down to the wire, Fitzpatrick seized control with a great break and an even better shot on the 15th hole for a two-shot swing. He was even more clutch from a fairway bunker on the 18th that set up par for a 2-under 68.

How do you define clutch?@MattFitz94 hit this shot on 18 to help secure the #USOpen title. pic.twitter.com/iQcOGxph0Z

“If there was one shot that I’ve struggled with this year that I just do not want, it’s a fairway bunker shot,” said Fitzpatrick of his approach into the 72nd hole, according to CBS Sports. “I guess [caddie] Billy [Foster] just took over. It’s one of the best shots I’ve hit of all-time. When I saw it leave the sand and I felt the strike, I couldn’t be happier.”

Victory was not secure until Will Zalatoris, who showed amazing fight back from every mistake, dropped to his knees when his 15-foot birdie putt on the 18th just slid by the left side of the cup. Zalatoris was a runner-up in the second straight major.

Masters champion Scottie Scheffler never recovered from back-to-back bogeys to start the back nine. He had a 25-foot birdie chance on the 18th that just missed and left him one behind.

Along with the $3.15 million in prize money, Fitzpatrick had that gold Jack Nicklaus medal draped around his neck.

Fitzpatrick, who briefly played at Northwestern before turning pro, won for the eighth time worldwide, and this was his first in America — at least a tournament everyone knows about.

Fitzpatrick said he won the member-member at The Bear’s Club in Florida at the start of the year, the course Nicklaus built.

“He gave me a bit of abuse at the start of the year. He said, ‘Finally. Congratulations for winning in the States,"” Fitzpatrick said.

And then slightly lifting the trophy, Fitzpatrick sent a fun message to Nicklaus: “Jack, I won a second time.”