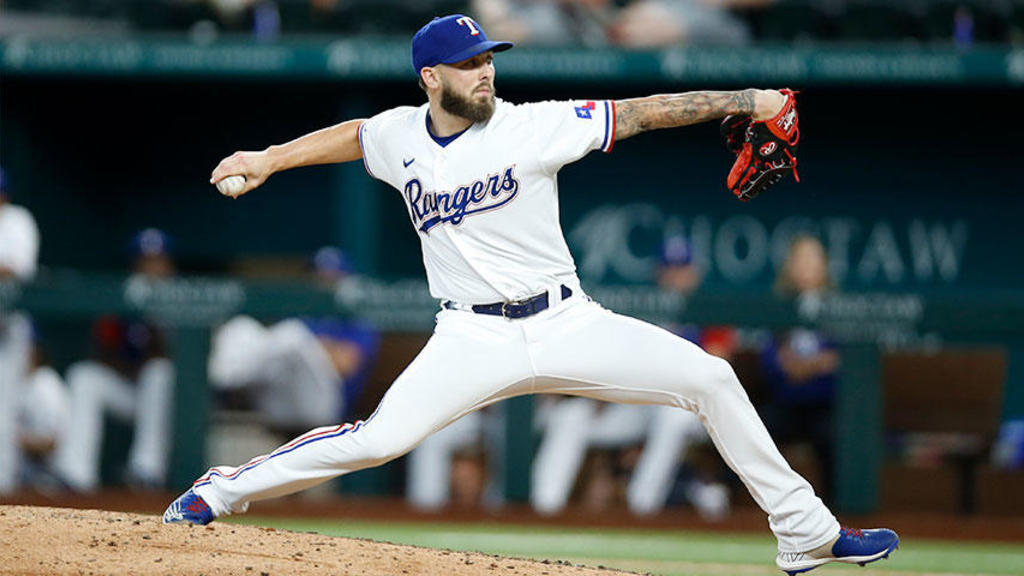 ARLINGTON, Texas (AP) — Brad Miller hit a two-run single against his former team and the Texas Rangers beat the Philadelphia Phillies for the ninth time in a row, 4-2 on Wednesday to hand Zack Wheeler his first loss in two months.

Kole Calhoun also drove in two runs for Texas, including a tie breaking RBI single in the third. Adolis Garcia and Calhoun opened the fifth with back-to-back doubles, though Calhoun was thrown out trying to stretch his hit into a triple.

Kyle Schwarber extended his career-best on-base streak to 26 games for the Phillies with a two-run homer that tied the game at 2 in the third inning.

Philadelphia has lost three games in a row after winning 14 of its first 16 games for interim manager Rob Thomson.

The Rangers’ winning streak against the Phillies dates to the opening day of the 2014 season.

Jon Gray (3-3), the opening day starter for Texas, has won consecutive starts for the first time this season. The right-hander struck out six and walked one while allowing two runs and four hits over 5 2/3 innings.

Joe Barlow, the third Texas reliever, worked the ninth for his 13th save in 15 chances.

Wheeler (6-4) lost for the first time in his last 10 starts, since losing his first three starts this season after finishing second in the NL Cy Young Award voting last year. He struck out eight, but walked three and gave up four runs (two earned) on seven hits in 4 1/3 innings.

The Rangers led 2-0 on Miller’s single with two outs in the second, a few batters after a fielding error by first baseman Rhys Hoskins. Miller had only one hit in his previous 17 at-bats before then. The designated hitter played part of 2019 in Philadelphia, and all of last season there before signing a two-year deal with Texas.

Schwarber’s homer to straightaway center was his 19th this season. It was his ninth homer in the on-base streak since May 26, a span when he also has 24 runs, 23 walks and 29 strikeouts.

Slugger Bryce Harper returned to the Phillies lineup after missing three games with an infected blister on his left index finger. He was 1 for 3 with a single and a walk. He has reached base in 21 consecutive road games since May 1, with hits in all but one of those.

The Rangers swept the four-game season series, marking the first time they have ever won at least four games without a loss against a National League team in the same year. Their nine wins in a row against Philadelphia is their longest ever against any NL team.

Phillies: RHP Zach Eflin, limited in his last start because of a bruised right knee, threw a bullpen session. He is still scheduled to start Saturday in San Diego.