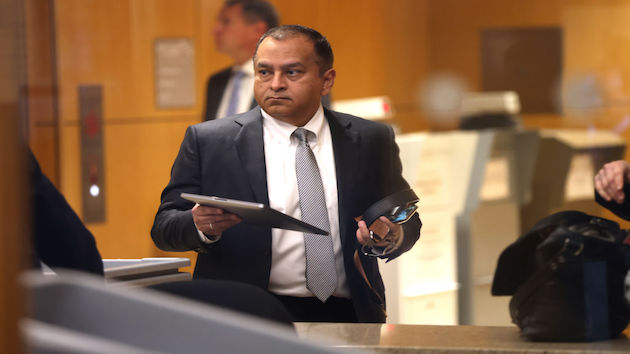 (NEW YORK) — The federal case against Ramesh “Sunny” Balwani, a former Theranos executive accused of defrauding investors and patients, is now in the hands of a jury.

Prosecutors and lawyers for Balwani — the ex-boyfriend of Theranos founder Elizabeth Holmes — wrapped up their closing arguments on Friday following several weeks of witness testimony.

The jury is expected to begin its deliberations on Friday.

Prosecutors say Balwani and Holmes, who touted her startup’s technology as capable of accurately and reliably running any blood test, fraudulently raised hundreds of millions of dollars from investors.

Money poured in, but the miniature blood-testing device, dubbed the “Edison,” could never run more than 12 tests, government attorneys said.

Balwani joined the company in 2009, guaranteeing a $10 million loan and quickly rising to the post of president and COO of Theranos. While his attorneys sought to distinguish his position in the company from the CEO, Holmes, prosecutors say he played an equal role in the fraud.

“I am responsible for everything at Theranos. All have been my decisions too,” read a text message from Balwani to Holmes in July 2015, which Assistant U.S. Attorney Jeff Schenk presented to the jury in his final argument.

“Of course [Balwani] had a hand in making the decisions at Theranos,” defense attorney Jeff Coopersmith said during his closing argument.

But, Coopersmith, said in meetings with investors and others, “everyone was listening to Elizabeth Holmes.” The company was her vision, he added, and Balwani had bought in.

“Mr. Balwani is not a victim. He’s a perpetrator of the fraud,” the prosecutor, Schenk, said to wrap up his remarks.

The feds originally charged Balwani and Holmes together. But their trials were later severed after Holmes revealed she may testify to abuse at the hands of Balwani. She was convicted in January of four counts of fraud related to investors. She is expected to be sentenced in September.

Balwani faces similar charges: 10 counts of wire fraud and two counts of conspiracy to commit wire fraud. He could face up to 20 years in prison if convicted on just one count.

Wayne Kaatz, a juror on the Holmes case, told ABC News in an exclusive interview earlier this year that his group of 12 jurors convicted Holmes, in part, because “everything went through her,” he said. “She had final approval.”

He also revealed his team found Holmes’ testimony largely not credible. Balwani, in his trial, did not take the stand.