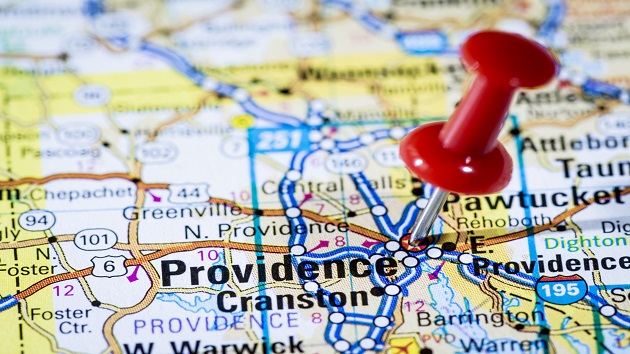 (PROVIDENCE, R.I.) — Jennifer Rourke, a candidate for Rhode Island State Senate, claimed on Twitter that she was attacked at an abortion rally in Providence by her opponent in the race, police officer Jeann Lugo. The rally took place hours after the U.S. Supreme Court overturned Roe v. Wade, the landmark ruling that provided federal protection of abortion rights, now instead leaving it to states to pass their own laws.

Providence police said they are criminally investigating an off-duty officer after “a female subject was assaulted” at a protest outside the Rhode Island State House Friday night. Lugo was identified by police as the subject of the investigation, according to ABC affiliate WLNE.

“The officer has served on the department for three years and was placed on administrative leave with pay this morning, pending a criminal investigation and administrative review,” Rhode Island police said in a statement.

In an interview with the Providence Journal, Lugo did not deny punching his opponent, but also claimed Rourke became physical with him. The Journal said Rourke denied that accusation.

“I’m not going to deny,” Lugo told The Journal of the punching allegation. “It was very chaotic, so I can’t really tell you right now. Everything happened very fast.”