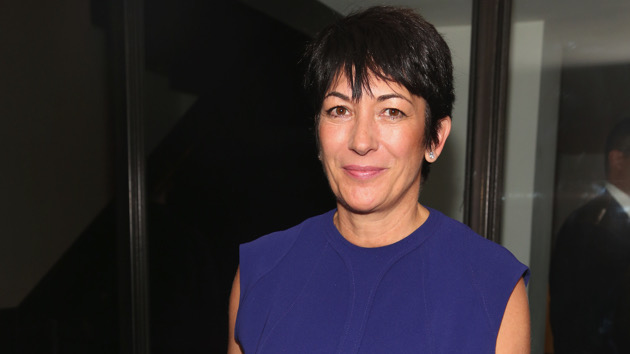 (NEW YORK) — Ghislaine Maxwell, the associate of Jeffrey Epstein who lured underage girls into the disgraced financier’s lurid world, could spend much of the rest of her life in prison after she is sentenced Tuesday in New York City following her December conviction on five criminal counts, including sex trafficking.

Maxwell, 60, and Epstein, who died by suicide in jail, “were partners in crime who sexually exploited young girls together,” federal prosecutors said as they asked the judge for a sentence of at least 30 years in prison.

Prosecutors said Maxwell and Epstein selected their victims carefully and asserted that it was no accident the four accusers who testified — “Jane,” “Kate,” Carolyn and Annie — came from single-mother households. The victims were isolated and plied with gifts, flattery, and promises of career help in what federal prosecutor Alison Moe described as a pattern of grooming and abuse.

“Ghislaine Maxwell played an instrumental role in the horrific sexual abuse of multiple young teenage girls,” prosecutors wrote in a sentencing memorandum. “As part of a disturbing agreement with Jeffrey Epstein, Maxwell identified, groomed, and abused multiple victims, while she enjoyed a life of extraordinary luxury and privilege.”

Maxwell’s lawyer said Sunday that she had been placed on suicide watch while awaiting sentencing at the Metropolitan Detention Center in Brooklyn — even though her attorneys had told the court she was not suicidal and that outside psychologists agreed with that assessment.

Maxwell, who maintains her innocence, accused the government of treating her “as if she were a proxy” for Epstein and asked the judge to impose a sentence well below the maximum 55 years.

“The witnesses at trial testified about Ms. Maxwell’s facilitation of Epstein’s abuse, but Epstein was always the central figure: Epstein was the mastermind, Epstein was the principal abuser, and Epstein orchestrated the crimes for his personal gratification,” defense attorneys said in their sentencing memorandum. “Indeed, had Ghislaine Maxwell never had the profound misfortune of meeting Jeffrey Epstein over 30 years ago, she would not be here.”

The defense also suggested Maxwell was susceptible to Epstein’s influence in part because of her relationship with her father, the late British publishing magnate Robert Maxwell, who the defense said verbally and physically abused her.

“Ghislaine vividly recalls a time when, at age 13, she tacked a poster of a pony on the newly painted wall of her bedroom. Rather than mar the paint with tape, she carefully hammered a thin tack to mount the poster,” the defense memo said. “This outraged her father, who took the hammer and banged on Ghislaine’s dominant hand, leaving it severely bruised and painful for weeks to come.”

“If anything stands out from the defendant’s sentencing submission, it is her complete failure to address her offensive conduct and her utter lack of remorse,” federal prosecutors said in their memo to the judge. “Instead of showing even a hint of acceptance of responsibility, the defendant makes a desperate attempt to cast blame wherever else she can.”

Maxwell’s defense insisted at trial that the government’s case relied on the “erroneous memories” of four accusers who defense attorney Laura Menninger said “inserted” Maxwell into accounts that initially included only Epstein.

“The accusers’ memories … started to shift,” Menninger said. “The truth was manipulated and changed over time.”

The defense also argued that money brought the accusers forward “with their personal injury lawyers right there next to them.” Menninger said each accuser took home millions, “and now they are stuck with the stories they told.”

Prosecutors, whose ten-day case included two dozen witnesses, said Maxwell “made the choice to sexually exploit numerous underage girls” as part of a scheme that ran from at least 1994 to 2004. Two women who testified said they were 14 when Epstein began to abuse them, sometimes with Maxwell present or directly involved.

“She personally engaged in sexual abuse when she fondled the breasts of Jane, Annie, and Carolyn. And she used her role as a supposedly respectable, glamorous, older woman to lure these victims into a false sense of security,” prosecutors said.