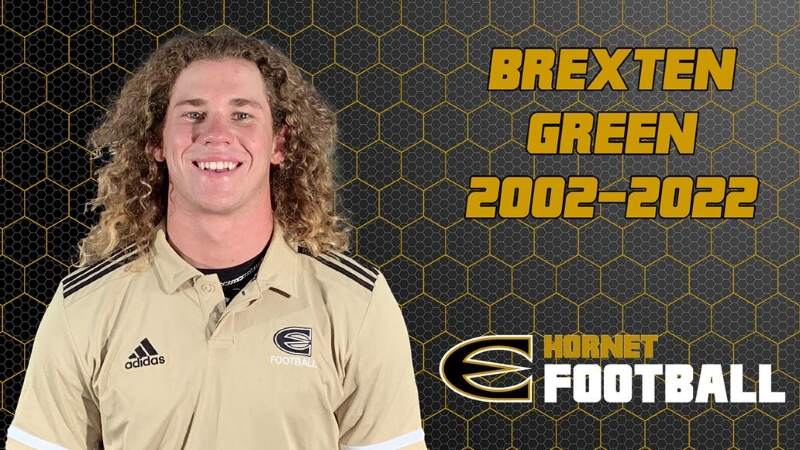 Former Cashion High School football player Brexten Green passed away after a cliff diving accident on July 2nd at Grand Lake Oklahoma. Green was a 2020 CTB Sports All-Star and was slated to begin his 2nd year at Emporia State University in Emporia, Kansas where he played football.

Green was a part of the 2020 Class A state championship Cashion Wildcats team and was an all-state selection by the Oklahoma Coaches Association.   Emporia State football coach Garin Higgins said “Brexten was a great teammate who cared so much about this football program. It showed in his competitive spirit, his work ethic, and his willingness to be there for his teammates. He will always be a part of our Hornet football family.”

During his senior season, Green posted 1,720 receiving yards, and 409 rushing yards, and scored 27 total touchdowns on his way to a state championship. The tragedy gained national attention over the weekend with the New York Post doing a story. https://nypost.com/2022/07/05/college-football-player-brexten-green-dies-in-cliff-diving-accident/

Man taken into back of ambulance after 2 car injury accident

Gallery of rollover accident on 700 S Oakwood and Garriott, On Tuesday, March 29th