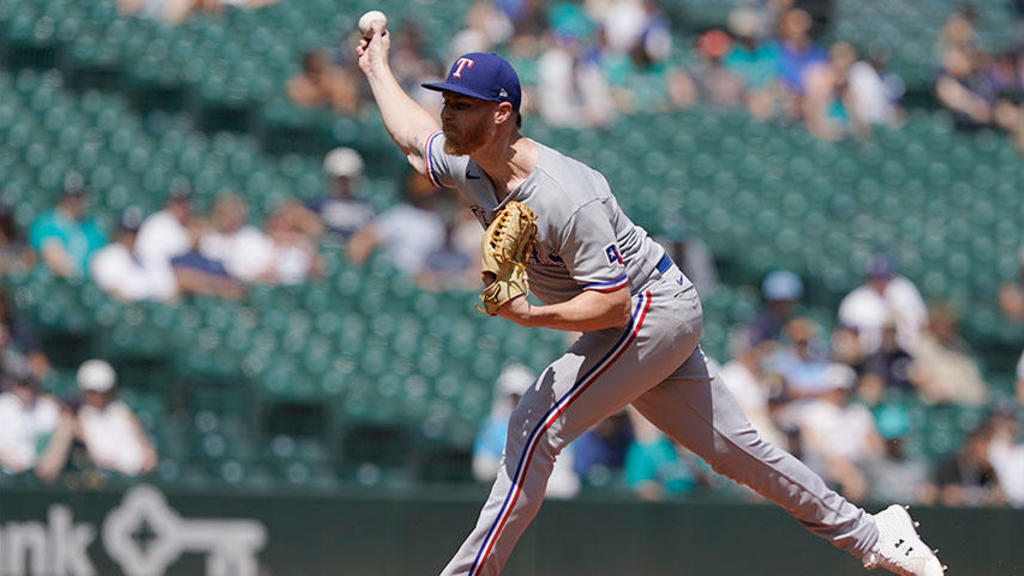 SEATTLE (CBSDFW.COM/AP) — Julio Rodríguez connected again, hitting a go-ahead, three-run homer in the seventh inning and the Seattle Mariners finished off a three-game sweep by beating the Texas Rangers 4-2 on Wednesday.

A day earlier, the 21-year-old rookie sensation hit a leadoff home run in the first inning. That was his first swing since the All-Star Game because of a sore left wrist that was initially injured in the final game before the break in Texas.

Rodríguez had a breakout performance in the All-Star Home Run Derby, where he smashed 81 shots over the wall.

This home run was his 18th of the season and came with one out against starter Jon Gray (7-5). Gray had allowed just one run on four hits to that point, but the 416-foot drive into the left-field bullpen erased Seattle’s 2-1 deficit.

The homer ended Gray’s day. He struck out eight and walked four.

Seattle starter Marco Gonzales (6-10) held the Rangers hitless through the first four innings while allowing just a single baserunner, with Adolis Garcia drawing a second-inning walk and later being forced out on an inning-ending double play.

Gonzales allowed four hits, struck out five and walked one.

Matt Festa pitched a scoreless ninth inning for his second save.

The Mariners improved to 11-2 against the Rangers this year.

Seattle scored its first run in the second when Sam Haggerty drove in J.P. Crawford with a bloop double that barely stayed fair down the left field line.

Garcia singled in the Texas fifth and scored on Charlie Culberson’s double. Jonah Heim hit an RBI double in the sixth to put Texas ahead 2-1.

Texas: RHP Spencer Howard will pitch for the Rangers ON Thursday against the Los Angeles Angels. Howard allowed six hits and four earned runs over 4 ⅔ innings in his last start on July 22, against Oakland.