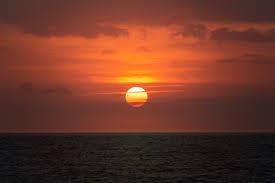 The Dallas Cowboys are worth an estimated $7.64 billion, according to a new report from Sportico. For measure, the average NFL team is worth $4.1 billion, an 18% increase from 2021. The Cowboys are also worth $630 million more than the New York Yankees.

A total of 16 NFL teams have an estimated value of $4.14 billion. Meanwhile, there are only four NBA franchises and three MLB franchises that have a value of at least $4 billion.

Cowboys owner Jerry Jones bought the team in 1989 for $180 million. Since then, the Jones family has led the Cowboys to a partnership with cryptocurrency platform Blockchain.com, opened ‘The Star,’ their $1.5 billion headquarters and training complex in Frisco and built AT&T Stadium in Arlington.

Sportico’s report came from interviews with more than 30 bankers, lawyers, team executives, owners and consultants involved in the sport, as well as public documents.

Big 12 title game staying at home of Cowboys through 2025

Rangers win 11-8 over the Athletics