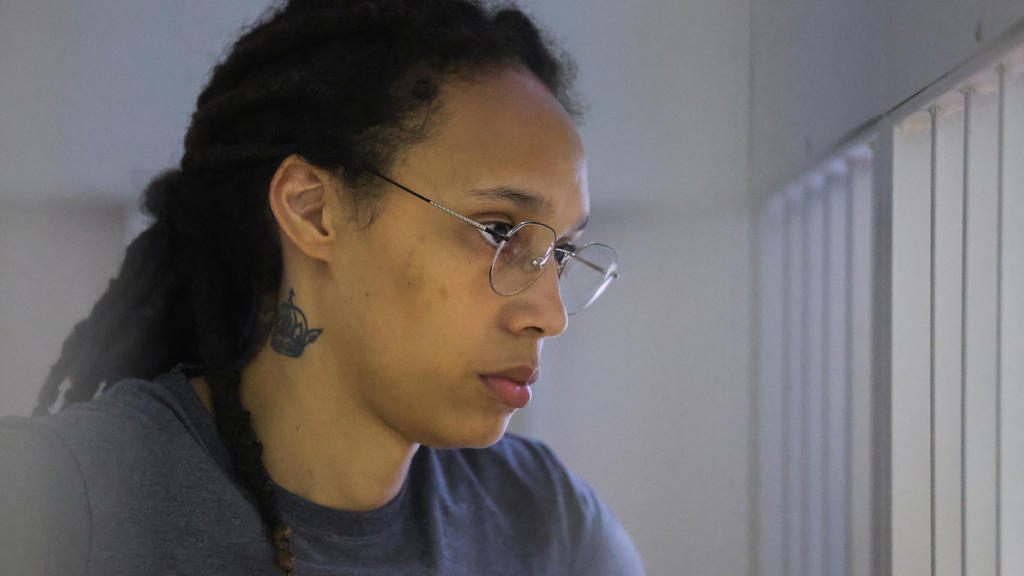 WNBA star Brittney Griner’s nine-year prison sentence in Russia on Thursday has sent shockwaves back to her loved ones in the U.S. After she sentenced for having vape cartridges filled with cannabis oil at a Moscow airport this year – which she says was an accident – her Phoenix Mercury teammates spoke out about the “devastating” situation.

Following the Mercury’s 77-64 loss to the Connecticut Sun on Thursday, guard Skylar Diggins-Smith told reporters “nobody wanted to even play today.”

“It’s our sister,” Diggins-Smith said. “…I don’t expect everybody to give a damn, but we really do. And we come out here and we’re still supposed to play this f—ing game. … How are you supposed to approach the game, approach the court with a clear mind and the whole group is crying before the game?”

She went on to say that the team wants to honor Griner and play hard on her behalf, but that doing so can be difficult given the circumstances.

Mercury guard Diamond DeShields shared the sentiment, saying she’s proud to be a part of the team and how hard they played on Thursday.

“We approached the game tonight with a heavy heart as we have every game this season,” she said. “But obviously, devastating is the overall sentiment. … I mean, it’s like you’re just waiting for a bomb to drop, you know? Just watching it, seeing her behind bars.”

The two also questioned the press for persistently asking the team about Griner’s situation.

“It’s heavy. It’s just heavy, y’all,” Diggins-Smith said. “Y’all asking these questions don’t really take away from our trauma. You just add to our trauma, so we can break down in front of y’all, so you can see how we feel. I don’t know what else to really say about it.”

During Thursday’s game, both teams embraced each other at half-court for 42 seconds of silence – Griner’s jersey number – to honor the basketball star. The silence was followed by chants of “BG” and “bring her home.”

Griner, 31, is a two-time U.S. Olympic champion and eight-time all-star with the Mercury, and in her WNBA off-season, she plays for Russia’s Yekaterinburg team. She was arrested in February at a Moscow airport when workers found vape cartridges with cannabis oil in her luggage, which her legal team argued she had accidentally stowed while packing in haste.

Griner was convicted on Thursday for drug possession and was sentenced to nine years in prison. She was also fined 1 million rubles, about $16,000.

President Biden immediately called for Griner’s release on Thursday, calling the conviction and sentence “unacceptable.” And on Friday, Russia said it is ready to discuss a prisoner swap. In recent days, the White House has offered a swap with the country, asking for both Griner and former U.S. Marine Paul Whelan to be released. The U.S. has not confirmed who they would release as part of the swap.