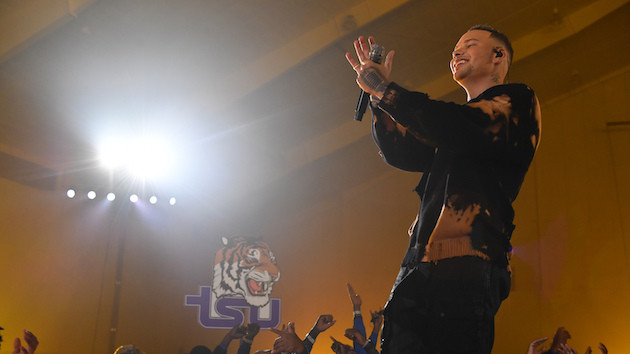 Kane Brown’s Different Man album is slowly coming into focus: the singer shared the track list for the project on his social channels this week.

The 17-song collection includes several tracks fans have heard already, such as “Whiskey Sour,” current single “Like I Love Country Music” and chart-topper “One Mississippi.” But there’s plenty on the list that fans haven’t heard yet, including unreleased tracks “Bury Me in Georgia,” “Go Around,” “Pop’s Last Name” and “Dear Georgia.”

Kane has been teasing a long-awaited duet with his wife, Katelyn, hinting that fans would be able to hear her voice on Different Man. As promised, she’s a featured duet partner on a song called “Thank God.”

But Katelyn’s not the only guest artist on the project: The title track, “Different Man,” is a duet with Blake Shelton.

Different Man is due for release September 9. Most recently, Kane dropped a pop-focused single off the project called “Grand.”

Shay Mooney’s wife, Hannah, is pregnant with their third child