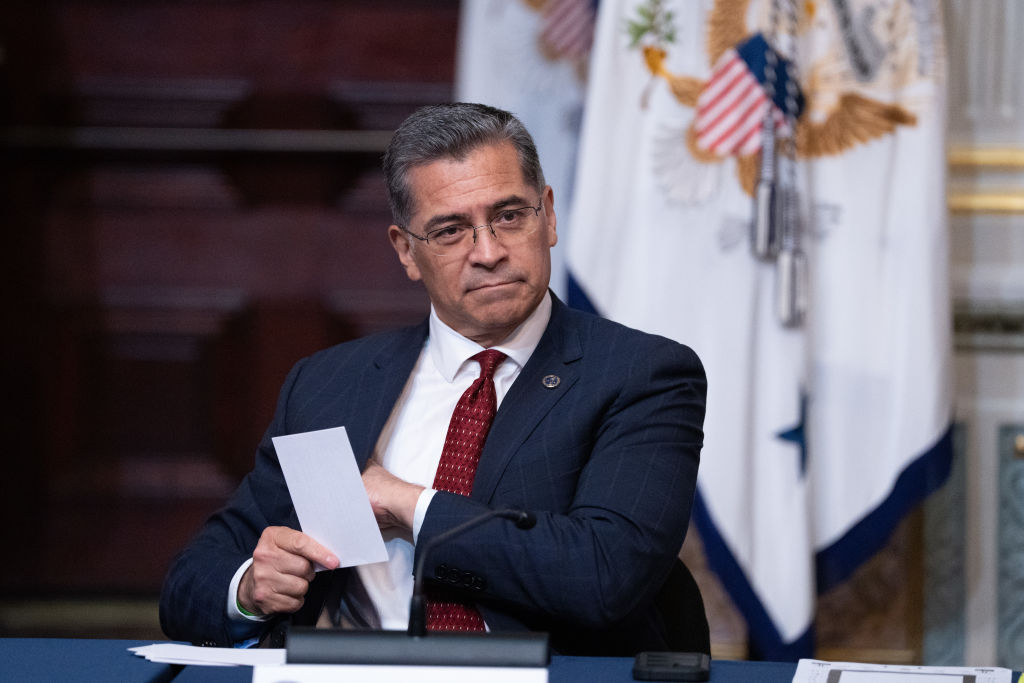 (WASHINGTON) — The Biden administration is moving forward with a plan to increase the U.S. monkeypox vaccine supply by as much as five times.

In an announcement Tuesday, Health and Human Services Secretary Xavier Becerra said he issued a determination, made possible by the public health emergency declared last week, that will allow the Food and Drug Administration to authorize changing the method of injection for the vaccines.

The new approach would produce up to five more doses from each vial by using an injection method that requires less vaccine per shot.

The vaccine would be injected into the second layer of the skin, just below the first, visible layer. Most routine vaccinations are given as intramuscular or subcutaneous shots, which go deeper.

But health experts said the vaccine given intradermally — just under the skin — could be as effective against monkeypox.

“Today’s action will allow FDA to exercise additional authorities that may increase availability of vaccines to prevent monkeypox while continuing to ensure the vaccine meets high standards for safety, effectiveness and manufacturing quality,” Becerra said in a press release.

In another release, FDA Commissioner Robert Califf said the decision was based on a 2015 study and historical data on the smallpox vaccine, which was once administered intradermally.

“In recent weeks the monkeypox virus has continued to spread at a rate that has made it clear our current vaccine supply will not meet the current demand,” Califf said in a statement.

“The FDA quickly explored other scientifically appropriate options to facilitate access to the vaccine for all impacted individuals. By increasing the number of available doses, more individuals who want to be vaccinated against monkeypox will now have the opportunity to do so,” he said.

Dr. Dan Barouch, the director of the Center for Virology and Vaccine Research at Beth Israel Deaconess Medical Center, told ABC News the intradermal method “is very effective because there are a lot of immune cells just under the skin, and often lower doses are needed compared with intramuscular vaccination.”

The same technique is already used in tuberculin skin tests, also called a PPD test. More recently, the influenza vaccine against the H1N1 strain that caused a pandemic in 2009 was tested intradermally in many research studies and was shown to be just as effective at one-fifth the dose of the intramuscular shot.

The announcement comes as many state and local officials have been raising the alarm that there are not currently enough monkeypox vaccines to address the emerging crisis.

Between 1.6 and 1.7 million Americans are currently eligible for a vaccine, according to estimates by the Centers for Disease Control and Prevention.

But the U.S. only has enough vaccines to reach around one-third of those people over the next two months, under the current method that doesn’t allow doses to be stretched.

The U.S. has secured a total of 6.9 million doses for an expected delivery of May of 2023, according to Health and Human Services, but to date, 1.1 million of those vaccines have been made available to states for ordering — and because the doses are currently authorized as two-shot regimens, that total only covers about 550,000 people.

This authorization, however, could mean that far more people can be vaccinated with those doses.

It’s part of a heightened approach rolled out by the recent declaration of a public health emergency over the monkeypox outbreak, which Health and Human Services Sec. Xavier Becerra announced last week following widespread calls from health officials and activists across the country.

Globally, more than 30,000 cases of monkeypox have now been reported, including nearly 9,000 cases in the U.S. — the most of any country. All but one U.S. state — Wyoming — has now confirmed at least one positive monkeypox case.

The majority of cases in the current monkeypox outbreak have been detected in gay, bisexual or other men who have sex with men. However, health officials have repeatedly stressed that anyone can contract the virus and there is currently no evidence it is a sexually transmitted disease.