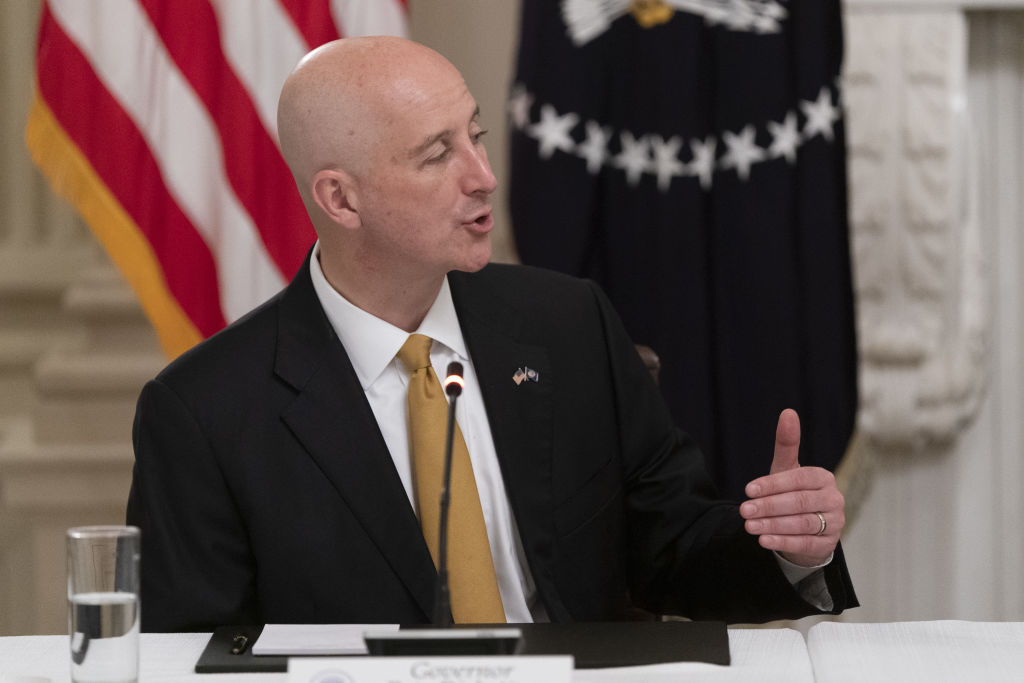 (LINCOLN, Neb.) — Nebraska Gov. Pete Ricketts said Monday he will not call a special session to discuss stricter abortion laws because there is a lack of votes for the proposed legislation.

Currently, the Cornhusker State bans abortion after 20 weeks. However, Republicans in the state legislature have been trying to garner support for a 12-week abortion ban.

Ricketts, a Republican, had vowed he would push lawmakers to severely restrict or ban abortion following the Supreme Court overturning Roe v. Wade in June.

The governor announced he received a letter from Speaker of the Legislature Mike Hilgers with signatures from 30 state senators supporting the special session to debate the 12-week ban.

This is three votes shy of the 33-vote minimum needed to overcome a filibuster, which Ricketts pointed out in his statement explaining why he would not be calling the special session.

“It is deeply saddening that only 30 Nebraska state senators are willing to come back to Lincoln this fall in order to protect innocent life,” Ricketts said in the statement. “The proposal to change Nebraska’s state law that prohibits abortions starting at 20 weeks and reduce that to 12 weeks is a measured, reasonable step to protect more preborn babies in our state.”

State Sen. Megan Hunt, a Democrat who represents Omaha, celebrated the news on Twitter and affirmed her support of abortions rights.

“Abortion is a right,” Hunt tweeted. “Abortion is health care. And the decision about whether and when to become a parent does not belong to the government.”

Meanwhile, several anti-abortion rights groups, such as Nebraska Family Alliance and the Nebraska Catholic Conference, criticized the Legislature for not allowing the bill to move forward.

“As a pro-life organization, we recognize and advocate for the dignity and humanity of all human beings at every stage,” Nebraska Family Alliance said in a statement. “But the extreme views of a minority of senators are continuing to prevent even modest protections for vulnerable and defenseless babies who cannot speak for themselves.”

This is not the first time Nebraska lawmakers have attempted to restrict abortion.

In May, the senate debated a trigger law that would have automatically banned abortion following the reversal of Roe, but it failed in a 31-15 vote, two votes shy of the 33-vote minimum.

In his statement, Ricketts urged Nebraskans whose state senators did not sign the letter supporting the special session to call them and “encourage them to reconsider their decision.”

“This letter shows that elections have consequences,” the governor said. “In our state, we must work to protect the most vulnerable, and that includes our preborn babies. There’s no more important issue.”

Indiana became the first state to pass a new bill — banning the procedure with very few exceptions — since the decision, which was signed into law Friday by Gov. Eric Holcomb.