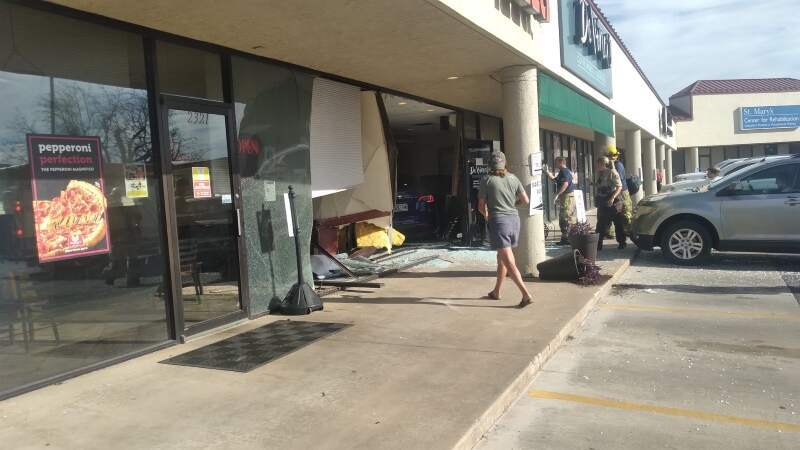 The photo was taken by Chris White

Wednesday evening at around 5:30 pm a tesla drove through DaVinci’s Coffeeshop on Willow after the driver tried to back out of his parking spot. The driver said to police that when he put the vehicle into reverse it instead went forward striking the pillar in front of DaVinci’s, after striking the pillar the vehicle entered the divider between DaVinci’s and Marco’s Pizza before continuing into the coffee shop.

The tesla finally came to a stop near the south wall of DaVinci’s. A witness of the incident was almost hit as she was exiting Davinci’s which is now closed as a result of the accident. The wreck occurred during DaVinci’s last day of operation at the Willow location.

Water main at Cleveland and Willow near completion