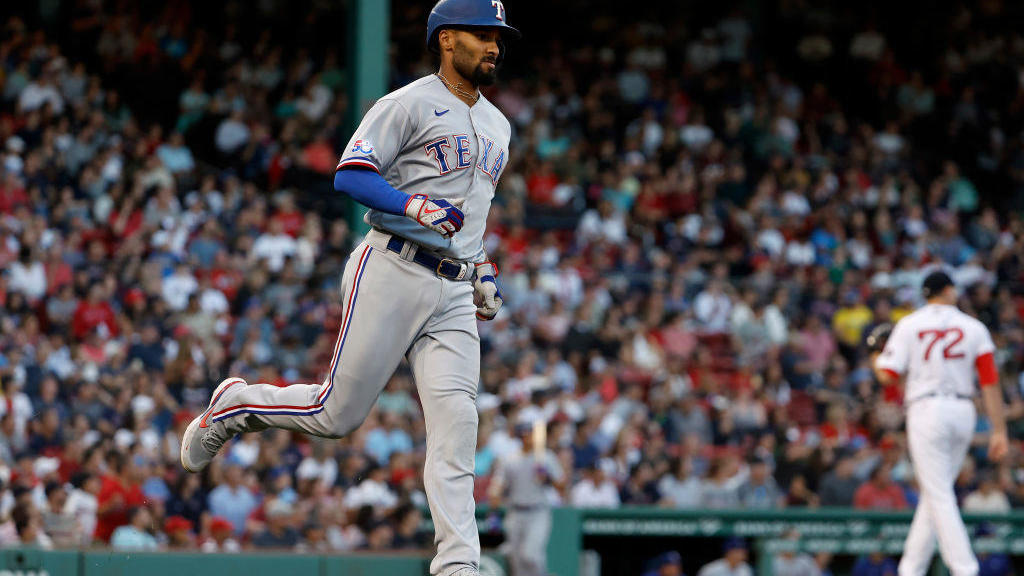 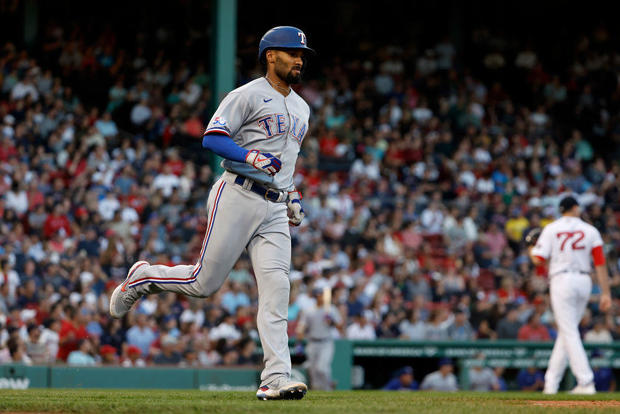 Marcus Semien #2 of the Texas Rangers rounds the bases after his two-run home run off of pitcher Garrett Whitlock #72 of the Boston Red Sox during the eighth inning at Fenway Park on September 3, 2022 in Boston, Massachusetts.

Bello (1-4) allowed three hits, struck out five and walked one in the longest of his eight big league appearances. The 23-year-old right-hander is one of the team’s top prospects.

Marcus Semien and Nathaniel Lowe homered for Texas in the eighth. Dennis Santana (3-7) pitched two innings of one-run ball in his first major league start, serving as an opener for the Rangers.

Schreiber then came in. The right-hander struck out Semien on three pitches, and then got Corey Seager to ground out for his sixth save.

Devers put the Red Sox in front in the first inning, driving in Bogaerts with his 37th double of the season.

Boston added two more runs in the fifth, courtesy of a pair of walks, a balk, an error and two fielder’s choices.

Devers then beat out a potential double-play grounder to second, bringing Verdugo home.

Red Sox: Cora said right-hander Tanner Houck will undergo season-ending surgery for an ongoing back issue. Houck hasn’t pitched since Aug. 2. He made 32 appearances this season with a 3.15 ERA, 56 strikeouts and eight saves over 60 innings.

Boston slugger J.D. Martinez doubled in the fourth inning for his 1,499th hit. He had a chance in the seventh to become the 175th player to record at least 1,500 hits and 275 home runs, but he reached on an error on third baseman Ezequiel Duran. Bogaerts scored on the play for a 4-0 lead.