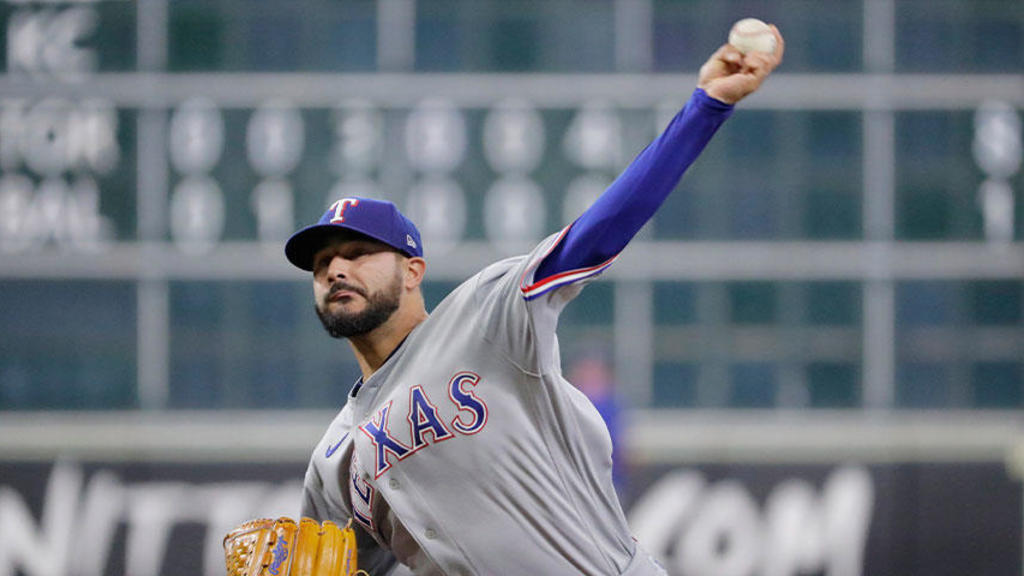 The Astros scored against hard-luck loser Martín Pérez (10-6) with the help of an error in the second. But that one run was enough on a night when three relievers completed a three-hitter after Brown’s stellar start.

Brown (1-0), considered Houston’s top prospect, struck out five and walked one. The 24-year-old right-hander was called up after going 9-4 with a 2.55 ERA in 14 starts and nine relief appearances for Triple-A Sugar Land this season.

Bryan Abreu pitched the seventh and Hector Neris worked the eighth before Rafael Montero got three outs for his 12th save.

Pérez yielded six hits with five strikeouts in seven innings, but it wasn’t enough for the Rangers to end their longest skid of the season. The nine-game slide is the longest current losing streak in the majors and the team’s most consecutive losses since dropping 12 games in a row last July.

Brown retired the first eight batters he faced before Bubba Thompson singled with two outs in the third. He was caught stealing to end the inning.

Marcus Semien doubled to start the fourth, but Brown set down the next three batters to leave him stranded.

There were two outs in the fifth when Kole Calhoun walked before a single by Ezequiel Durán. After a short mound visit, Brown struck out Thompson to end the inning. Brown then pitched a 1-2-3 sixth and received a standing ovation as he walked off the field.

Trey Mancini walked with two outs in the Houston second before a single by Chas McCormick. Martín Maldonado then singled on a line drive to left field and an error by Thompson on the play allowed Mancini to score.

Alex Bregman and Kyle Tucker hit consecutive singles with two outs in the third, but Pérez retired Yuli Gurriel to end the threat. That was the first of 11 straight batters Pérez set down before McCormick legged out an infield single in the seventh. Maldonado grounded into a double play to end the inning.

The Astros had a chance to add to the lead in the eighth when they had runners at first and third with no outs. Yordan Alvarez hit a pop fly in foul territory that first baseman Nathaniel Lowe caught. Jose Altuve, who was on third, dashed toward home.

Lowe got the ball to catcher Jonah Heim, and he applied the tag just before a sliding Altuve tapped the plate. The Astros challenged the call but it was upheld before Bregman struck out to end the threat.

Rangers: C Sam Huff was recalled from Triple-A Round Rock, and C Meibrys Viloria was optioned to Round Rock.