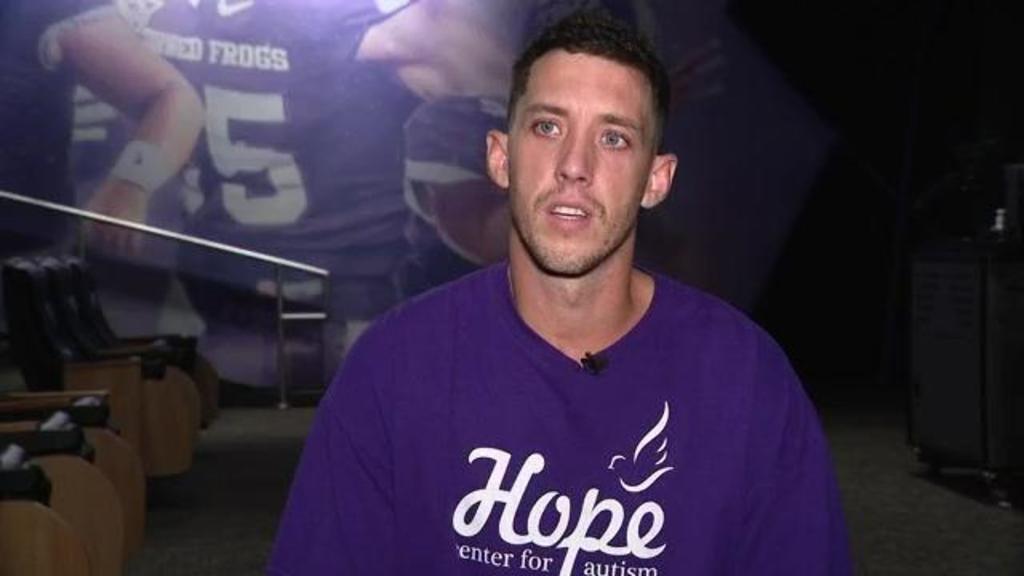 FORT WORTH, Texas (CBSDFW.COM) – College athletes are making headlines with the money they are earning through NIL agreements.

TCU’s ‘punter from down under’ is making a difference by finding a way to give back.

“We sometimes joke that we don’t want to see a lot of Jordy on the field, because it means we are punting,” TCU Associate Athletics Director of Communications Mark Cohen said.

Jordy Sandy of Australia gives everyone something to cheer for everytime he punts for TCU.

Those donations are going to the Hope Center for Autism in Fort Worth, where the mission is to enable individuals on the autism spectrum, and their families, to live more fully functional lives.

“The reason why I chose that charity, I have a 9-year-old cousin who suffers from autism,” Sandy said. “I thought it was good to relate to what I’ve done with stuff that has affected my family back home.”

Sandy’s charity effort received national exposure when it was mentioned in TCU’s nationally televised season opening win at Colorado. He pinned the Buffaloes inside the 20 yard line – twice.

“Soon as I come off the field the boys are quick to tell me I’m $20 poorer,” Sandy said.

It’s an idea that Sandy came up with while interning this summer for Cohen. Cohen was impressed on multiple levels.

“I’ve never come across a student athlete come up with this kind of project on their own,” Cohen said. “[It] resonates with me and my family, having two sons with autism.”