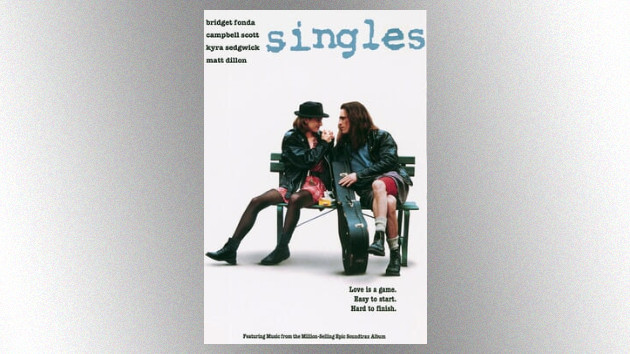 There was a time when an Alice in Chains concert was the perfect place for a rom-com meet-cute.

That time was 1992, and that rom-com was Singles, which celebrates its 30th anniversary this Sunday. At the time, the Cameron Crowe-directed movie was simply the story of a group of 20-somethings looking for love, but has since become a touchstone of the grunge era thanks to its Seattle setting, fashion and, of course, the music.

Singles was filmed in 1991, before Nirvana made “grunge” a household term when Nevermind was released later that year. By the time Singles was released in ’92, bands including Nirvana and Pearl Jam were among the biggest names in music.

Thanks to being on the Singles set, actor Bill Pullman had a head start on the grunge craze.

“I got cued in [to grunge] by doing the movie and saying, ‘What is this?"” Pullman tells ABC Audio.

“I think I have a line in there — I can’t remember — ‘What is this music, this “grudge” music?"” the Independence Day star continues. “And that was new, that whole grunge thing, that was kinda catching the wave.”

The soundtrack for Singles, which was released ahead of the film, features Pearl Jam, Alice in Chains and Soundgarden; members of all three grunge titans appear in the movie. PJ’s Eddie Vedder, Stone Gossard and Jeff Ament portray members of Citizen D***, the band fronted by Matt Dillon‘s character, Cliff Poncier, whose song “Touch Me I’m D***” is a play on grunge pioneers Mudhoney‘s track “Touch Me I’m Sick.”

Singles also produced Chris Cornell‘s fabled Poncier EP, a collection of songs he’d written for the movie, including the solo track “Seasons” and the future Soundgarden classic “Spoonman.” The Poncier songs were included in the 2017 deluxe Singles soundtrack reissue.

Dave Mason to hit the road this fall, autobiography coming next year