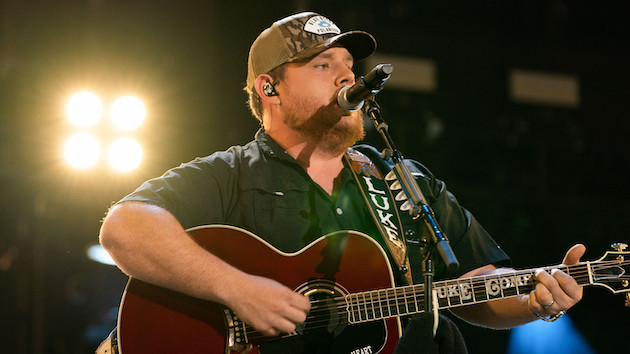 Luke Combs is helping to kick off a new season of the Circle Network’s Talking in Circles With Clint Black, a show in which ‘90s superstar Clint Black chats with his fellow country artists about their careers.

Luke will be the show’s guest for the first episode of Season 3. During the conversation, he’ll discuss his humble beginnings as a guitarist, his songwriting process and much more.

The rest of Talking in Circles’ new season will feature guest artists such as Chris Janson, Deana Carter, Bill Anderson, Peter Frampton and more. The roster of star appearances isn’t entirely limited to musicians: Olympic legend Scott Hamilton will also make a stop on the show on October 22.

“I’m truly humbled by my friends, old and new, who sit and talk shop with me,” Clint says of his show’s next season. “I give much credit to the network — Circle — where I’m encouraged to depart from the regular interview format and have the kinds of conversations I would have backstage with a fellow artist or musician.”

Tune in to the Circle Network to watch Talking in Circles With Clint Black beginning October 1.

“Your Heart or Mine”: Jon Pardi releases new single to radio, reflects on end of Ain’t Always the Cowboy Tour