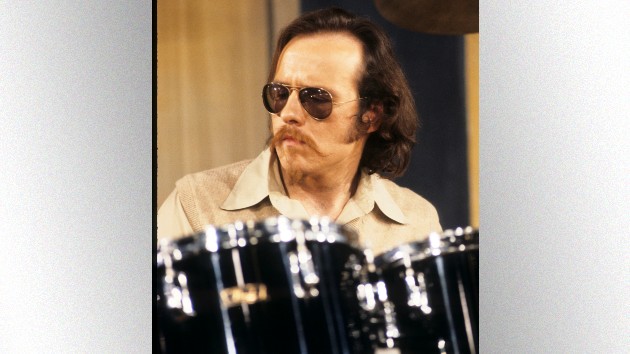 Earlier this week, the Rock and Roll Hall of Fame posted an “In Memoriam” tribute to original Doobie Brothers drummer John Hartman — though oddly, according to a Hall of Fame rep, his family confirmed that he actually died on December 29, 2021. Now, his bandmates have acknowledged Hartman’s passing on their official Facebook page.

Hartman, who was 72, co-founded the Doobie Brothers and played on all their ’70s-era hits; the band added a second drummer in 1971. Hartman left after 1978’s Minute by Minute album but rejoined twelve other Doobies alumni for a 1987 benefit tour.

He was subsequently part of the reunited Doobies lineup that recorded 1989’s Cycles and 1991’s Brotherhood, but retired permanently from the band in 1992. In 2020, he was inducted into the Rock and Roll Hall of Fame with eight other Doobie Brothers members.

On the band’s Facebook page, they wrote, “Today we are thinking of John Hartman, or Little John, to us. John was a wild spirit, great drummer and showman during his time in the Doobies. He was also a close friend for many years and an intricate part of the band personality! We send our condolences to all his loved ones at this difficult time. Rest In Peace, John.”

It’s unclear why nobody in the band seemed to be aware of Hartman’s passing prior to the Rock Hall’s posting.  Doobie Brothers drummers Keith Knudsen and Michael Hossack died in 2005 and 2012, respectively.

Pigs on the wing: Is Pink Floyd planning to recreate the iconic cover of ‘Animals’?