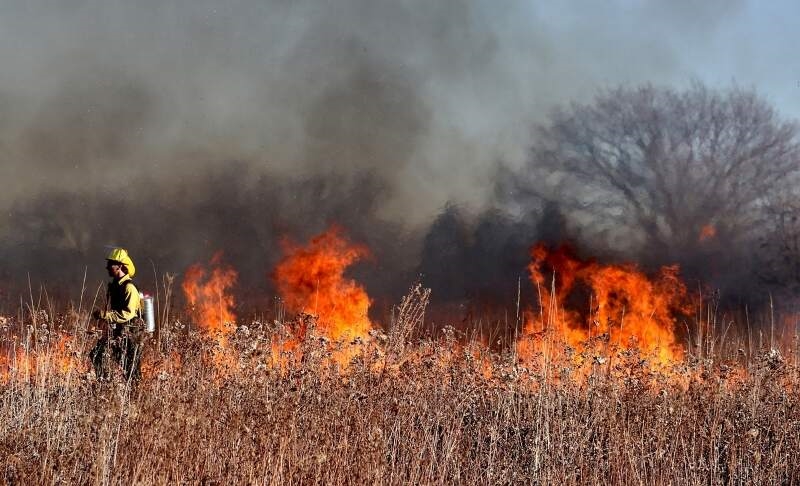 At around 6:30 pm the highway reopened, and several fire departments from Major, Woods, Kay, Garfield, and Grant County responded to the fire. Garfield County Emergency Management in a Facebook post said: ” Between the dirt and smoke it was difficult to see in some areas. The high wind gusts made it very difficult to even fight the fire but it has been contained”.