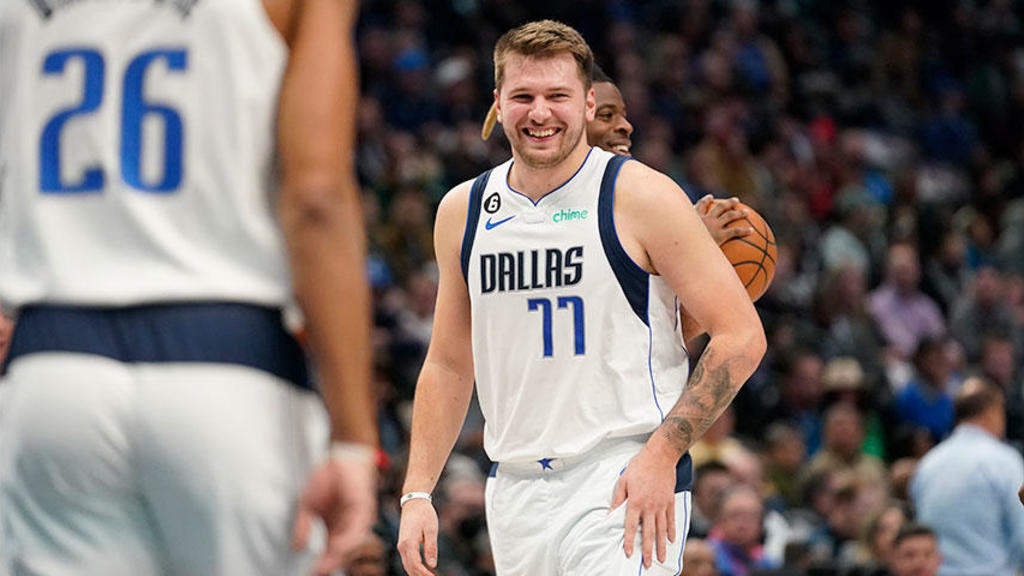 DALLAS (AP) — Luka Doncic scored 35 points, Dorian Finney-Smith added 21 and the Dallas Mavericks held on for a 103-101 victory over the Los Angeles Clippers after blowing a 25-point lead Tuesday night.

Reggie Bullock broke out of a shooting slump with four 3-pointers in the fourth quarter, including two in a row to put Dallas ahead for good at 99-93 with less than two minutes remaining.

With the Mavericks leading by one in the final 30 seconds, Doncic grabbed an errant pass that was headed out of bounds and just beat the shot clock with a deep 3 on the wing near the left sideline.

Paul George scored 23 points, playing the entire second half to try to keep the LA rally going on the second night of a Texas back-to-back after winning in Houston.

Nicolas Batum scored the first 21 of his 22 points all on 3-pointers without a miss, then was fouled on purpose trying to get off a 3 with the Clippers down three in the final seconds.

Batum made the first free throw and missed the second on purpose, with the rebound going out of bounds off the Clippers. Dallas inbounded after a timeout and ran out the final 3.2 seconds.

The Mavericks led by 25 late in the first half, but the lead was down to two late in the third quarter and gone with about eight minutes remaining in a back-and-forth final quarter.

Bullock finished with 13 points, and Spencer Dinwiddie had 16. Marcus Morris Sr. scored 18 for the Clippers.

Clippers: Kawhi Leonard, who made the two-game trip to Texas, was out again for right knee injury management. He hasn’t played since the third game of the season. … LA’s 15-point first quarter matched its lowest for any quarter this season.

Mavericks: C JaVale McGee was inactive due to a neck strain. … F Maxi Kleber went to the locker room after getting upended onto his back in the second quarter, but returned before the end of the first half.

Clippers: Detroit visits Thursday. LA has won six in a row in the series and is 20-4 since 2009-10, when the Clippers ended a 13-game losing streak against the Pistons.

Mavericks: Houston visits on the second night of a back-to-back Wednesday. Dallas swept the Rockets last season, winning the four games by an average of 16.5 points.